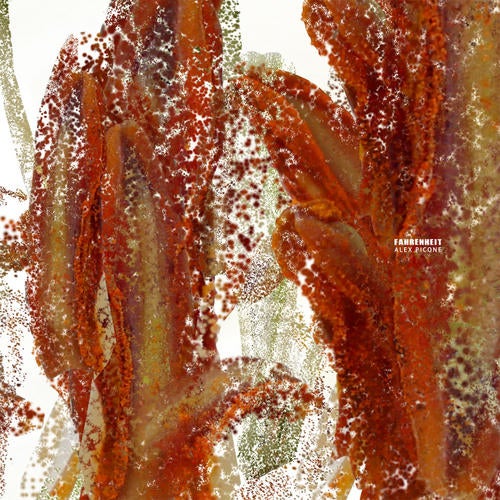 Never losing the music´s immediate physicalness out of sight, the driving, bass-heavy energy of Alex Picone´s tracks set club floors on fire. Still in his twenties, he´s been a DJ for fifteen years. Having never aimed at quick fame, his career is exemplary in its endurance and commitment: He hosted parties in his hometown of Padova and became resident at seminal Italian clubs. After a stopover on Ibiza he now resides in Berlin. Alex Picone´s first record under his real name is also his first release on Cadenza and his most successful so far. The three tracks of Fahrenheit tie in with the overboiling force of Floppy and Furby. While the rattling snaredrum adds a humorous touch, the uplifting groove of Inside Out pushes on the limits of the energy levels of contemporary house music. Yet the heart of the track is the relentless bassline, which liquefy one´s body and melds the crowd and the whole club in one torrential stream of tension. With Lost in Burning Man, Alex Picone fuses an oldschool electro groove in his house beats. This unexpected encounter might remind one of Kevin Saunderson´s Hiphouse sound. But instead of indulging in nostalgia, the breakbeats add a provoking, startling touch to the track. With the rotary bassline and the playful jaw´s harp of Mandarin, the EP ends on a comical note. Alex Picone´s second Cadenza is a challenge to a certain house sound that became too accommodating and glossy. His music´s driving force pushes the crowd beyond the threshold of the established into a space of limitless indulgence.