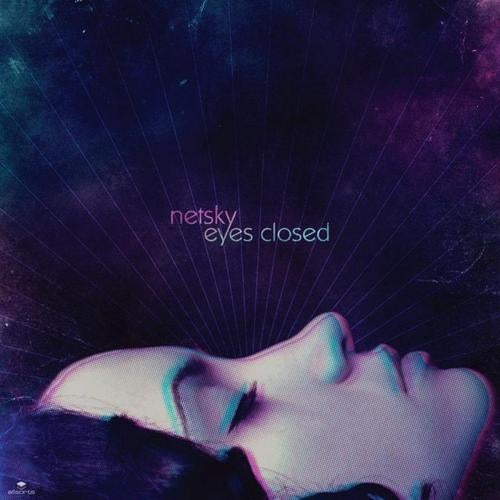 Rarely have we seen someone rise through the ranks this quickly; and having a Belgian passport doesn't often turn D&B heads, so you can be sure it's his tunes which do the talking.

In less than 12 months Netsky's midas touch has secured him releases on Allsorts, Hospital and Liq-Weed Ganja amongst others and DJ support from the likes of Fabio, Friction, Hype and Mutated Forms. His remixing skills have also already been put to the test with his absolutely enormous remix of Mike Snow's 'Black & Blue' (Sony) getting airplay across BBC Radio 1. This meteoric rise to fame has also earned him a nomination as "Best Upcoming Producer" at the Drum & Bass Arena Awards within just months of his first release. Not bad for a man who's just turned 20!

With his 2009 debut release on Allsorts 'Starlight b/w Young and Foolish' still riding high in the charts this follow up is eagerly anticipated, and D&B's new wonder kid doesn't disappoint! 'Eyes Closed' is an enticing blend of uplifting, melancholic melodies and heavy dancefloor beats and bass. This track has been receiving rave reviews all over the internet and rewinds all over club land. Right from the start you know 'Smile' is going to be a special tune, and as soon as the beats and melody really kick in you can't help but do exactly as the tune tells you! This is uplifting, dancefloor drum and bass and it's very best.