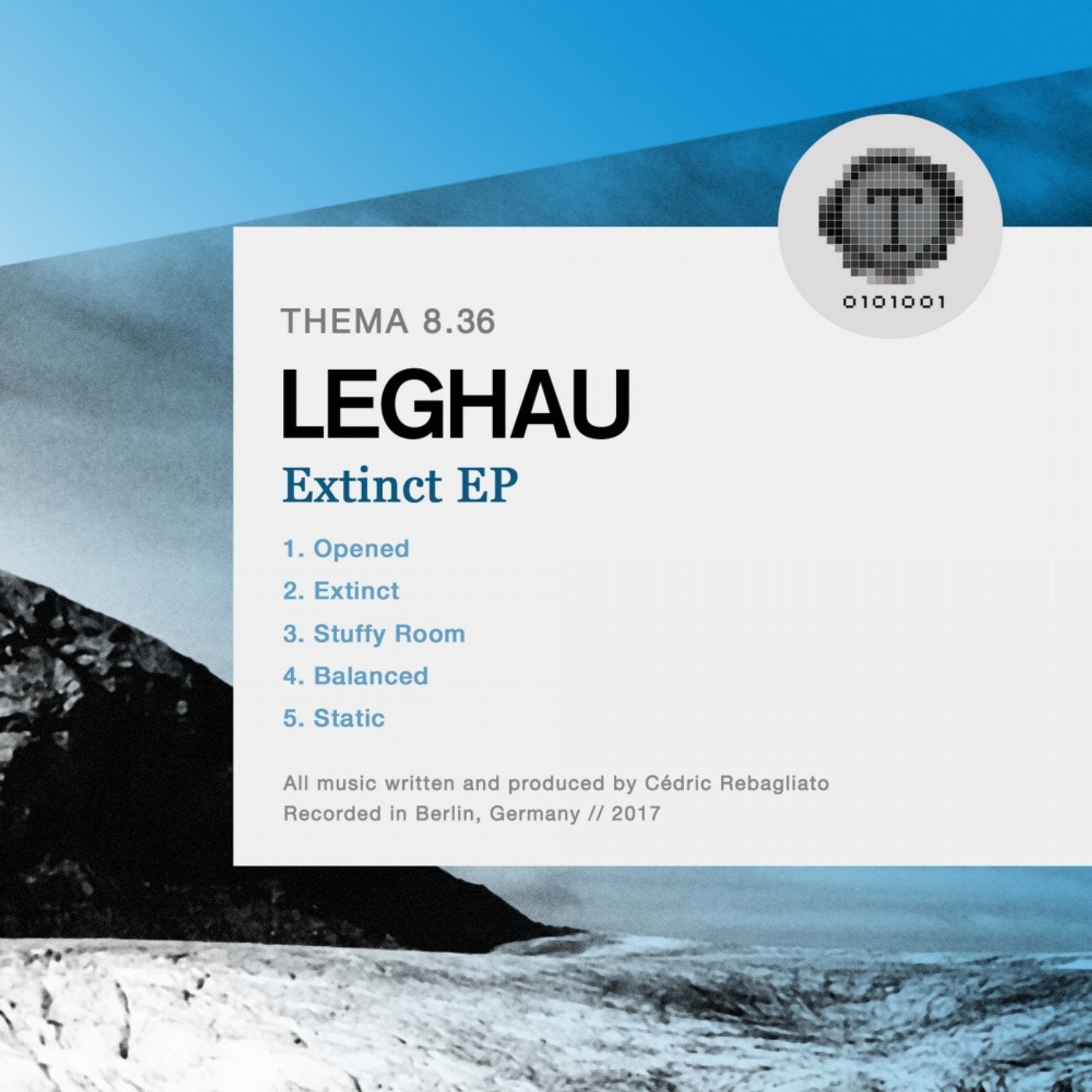 Cascading rhythms reverberate throughout the caverns of basements, clubs, and minds, filling the air with knowledge of what was once known yet has now vanished. Such is the landscape presented by the French producer Leghau on "Extinct", his newest EP for Thema Digital Series. It traverses several paths of mystic proportions, all converging in a place of dancefloor divinity. With tracks such as "Opened", Leghau shakes bones with his immensely constructed atmospheres of pure intention. Others like "Balanced" pummel through the earth to uncover a hot magma core of discordant harmony, leaving no trace of the traveler behind. Following a slew of stylistically distinct releases on imprints such as Figure, Skryptöm, Credo & Sleaze, there is only one foreseeable future for a talent of this kind.