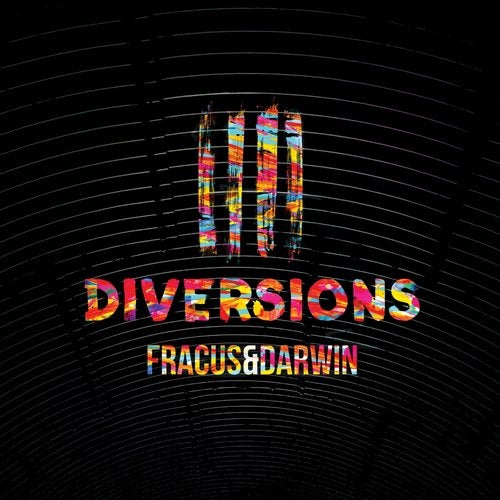 Fracus & Darwins rise through the ranks to the main stages of the UK, USA rave scenes (and beyond to Japan, Canada, Russia, Germany, Hungary, Poland etc) hasnt been meteoric; with each passing year the high quality and variation of both their productions and live performances have earned them a hard fought and slow and steady rise in popularity. With both a domestic and international fan base built up over the years through extensive DJ dates, consistent productions (both with their previous artist albums, singles, compilations and indeed for the computer game industry) this is an album which will appeal most to those who enjoy a wide variety of influences.

From euphoric vocal anthems, electro and EDM influenced sounds, rolling basslines and breakbeats, this is a true melting pot of rave music, all stamped authoritatively with 2015 production and style.