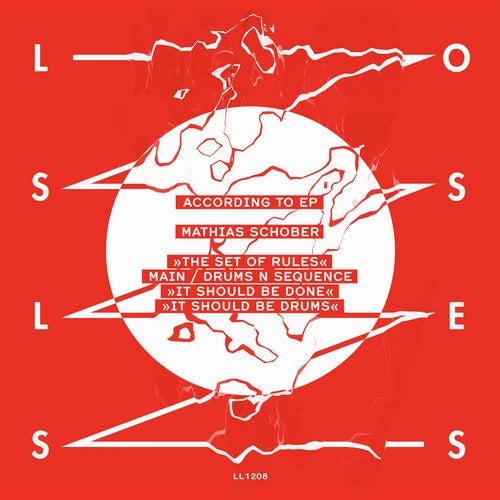 According To The Set Of Rules It Should Be Done... After a super prolific 2015 with remixing Jaap Ligthart's "I Know Change" and Denis Horvat's "Strange Nation" to perfection - and straight into the DJ sets of mainstays like Sven Väth, Dixon, Mano Le Tough or Âme - SHOW-B or better Mathias Schober, the man with the thousand disguise it seems, is back on his very own imprint and mothership Lossless. But thats not the only news since Mathias decided to tidy up his monikers mess and is about to put SHOW-B and SB on ice in order to focus his creative force and solo output under his real name from now on. With the According To EP, Mathias continues a story, he impressively began last autumn with the track "According To", released under his SB alias on Nuno Dos Santos ever so reliable SoHaSo imprint. The sequel containing two cuts in two versions each, blurring the boarders between House and deep, futurisic Techno. Bass heavy and topped by dark, whining synths "The Set Of Rules" and "It Should Be Done" are made to bring us to the brightest dark places. Thats how we like it! lossless.cc exclusive vinyl distribution by mutingthenoise.com