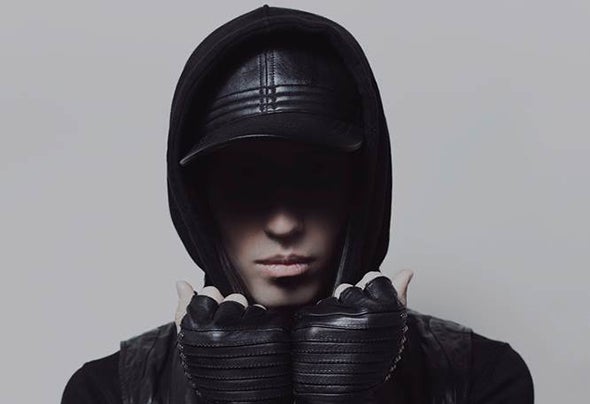 URGENT: WHIIITE FilePlease read. FOR YOUR EYES ONLY.Report formulated in response to disappearance of DJ Chris White. Believed kidnapped from alleyway near Hollywood & Vine, adjacent to AVALON: Premier venue for elite international DJ’s. Birthplace of CONTROL. Modern spin mecca for Los Angeles electronic music. SUMMARY: Agents believe, based upon recently discovered information that Mr. White was abducted as part of TOP SECRET underground “PROJECT: ELECTRIC ANNIHILATION” conducted by rogue terrorist cell in at t empt t o achieve world dominat ion t hrough the “unification of souls”. A revolution of sound. A violent uprising using electronic music. “The music of the people”. Information found in the documents to follow:INITIAL REPORT: taken from document# PD4263 LAPD Police ReportFRIDAY, MAY 12, 2012. Approx. 4AM(Story compiled based upon initial witness statements takenat scene)CHRIS WHITE and manager RYAN JASO exit AVALON following another “sold out electrifying night” at CONTROL. After saying their goodbyes to staff and regulars, Mr. Jaso witnesses a fight in the alleyway. Attempts to break up scuffle. Turns away from White only to find him gone. “Vanished into thin air”. Attempts to locate Mr. White at home with no positive result. Personal vehicle still in parking lot at AVALON venue.ELECTRIC ANNIHILATIONSubject#: SEVENAcquired: Night of May 12, 2012 from Avalon. Black bagged. Bound and gagged. Rendered unconscious. Brought to test lab site #4A2.Subject Name: CHRIS WHITEOccupat ion: DJ, MASTER OF MUSICQC: Subject chosen after previous subjects failed to survive procedure. Chris White chosen based upon his ability as a DJ, skills in remixing, hit creation, and delivery of crowd killing beats. Differs from previous subjects in that it has been observed that an unusual heart arrhythmia allows his changing heart rate to match that of the music that surrounds him, thereby tying him to all sound.TEST: After reviving, subject was injected with 250Volts of biorhythmic electrohertz, fusing his blood plasma with a constant flowing electric current. Initial results are positive. Heart rate steady. But, at 1:40 upon dropping of t he beat : SEVERE SEIZURES. COLOR DRAINED FROM FLESH. Eye color flushed WHIIITE with pupils carrying an UNUSUAL ELECTRIC CURRENT, peaking at high treble and deep bass intervals.3:00 FLATLINE.Heart rate: 0. Brain waves: 0.Attempts to revive: FAILBody of subject deposited at undisclosed Hollywood locat ion.SUNDAY, MAY 14, 2012. Approx. 4AMCHRIS WHITE found in AVALON venue. Upon questioning, Mr. White sounded delirious. His account of events in the last 72 hours are spotty at best and akin to that of an alien abduction. His kidnapping story cannot be corroborated. CASE STATUS: CLOSED. RESULTING ARRESTABLE CHARGES: NONE.THE RETURN OF CHRIS WHITE.Based upon information gathered, it is believed that testing on Chris White was deemed a failure by his captors. His body was dumped, but unbeknownst to his kidnappers, White survived. Now existing in a different form.It is believed but not confirmed that as a result of the experimentation Chris White is able to take two forms: That of DJ Mr. White and a figure agency authorities are calling, “WHIIITE”, due to the typographical error found in the discovered experimentation report. “The change” appears to be beyond Mr. Chris White’s control as the transformation appears to be tied to certain forms of music which allow him to serve as both the music’s slave and master simultaneously.When WHIITE has surfaced, it has only been behind the turntables, spinning a unique brand of music that can only be described as earthshaking and mind-blowing. His control of sound and ability to move a crowd is unparalleled, leading agents to believe that the first stage of experimentation in “PROJECT: ELECTRIC ANNIHILATION” was indeed a success.NOTE: If this confidential information is given to the terrorist cell who seeks to use his abilities for world domination, WHIITE’s life, the life of Chris White, and the fate of the world will indeed be in jeopardy. We must protect the DJ now know as WHIIITE at all costs...Observation continues.