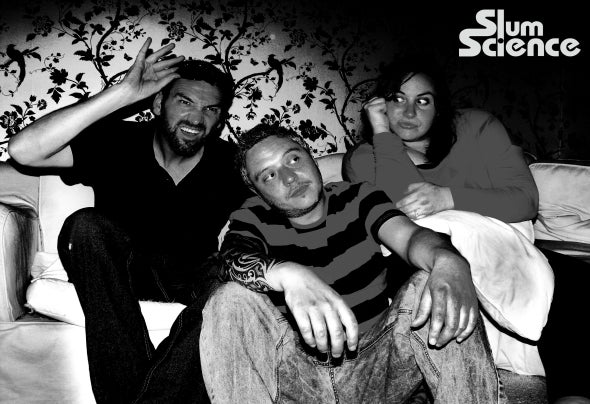 Slum Science was formed in 2003 by UK producer Danny White who released the 'G's Delight' EP on Daz Saund's Resident Records London Label. Over the past decade Slum Science have released numerous EP’s on Icon, Black Cherry, Lingo, Deep Future, as well as tracks being featured on compilations such as Bargrooves Magenta, and Mark Farina’s Fabric 40 under the ‘Non Believers’ alias. Slum Science are also responsible for the UK based Hudd Traxx imprint which is approaching 50 vinyl releases and have uncovered music from the likes of Rolando, Agnes, Rick Wade, and Matthew Herbert.After a 4 year hiatus Slum Science returned to the studio and have plans for further releases in 2014, including a 7 track project on Hudd Traxx to celebrate 10 years since the their first release. Having travelled far and wide bringing their style of tuff, deep, tech ridden tracks to the floors of Europe and the Americas, Slum Science are preparing to take to the road again incorporating live PA/vocal elements to the performance.