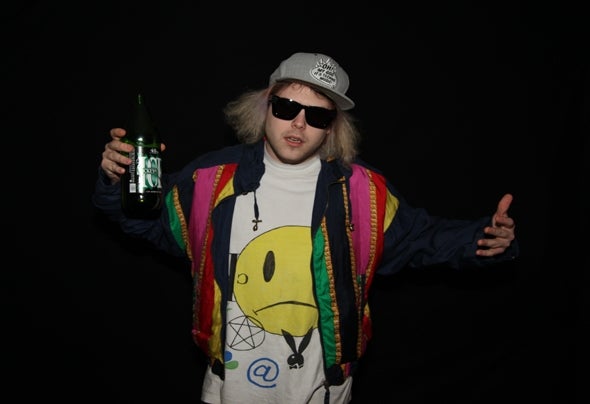 Hailing from Brooklyn, New York - Brian Patrick Migliore AKA Skitsnygg is the face of trash electro. Having logged over 150,000 miles on flights in 2012 shutting down pretty much every notable party in the United States, Canada, Mexico, and Europe, Skitsnygg is no stranger to the party.After signing to electro duo Designer Drugs label - Sex Cult in 2011, Skitsnygg quickly became a rising star in the EDM world. Completing remixes for everyone from The Sounds to Dumme Jungs to Designer Drugs themselves, Skitsnygg has evolved into a non-stop party machine. This mentality can be heard in Skitsnygg's debut full-length LP "American Nightmare" scheduled for release in 2013. "Think heavier and more melodic" Skitsnygg says about the new album, "The past year has been pretty crazy, I played around 150 shows and had an unbelievable amount of inspiration, American Nightmare will be next level."With an impressive backlog of tracks, Asia and Australia tours into the new year, and a never-ending love for partying. If you've never heard of Skitsnygg, you best get familiar.