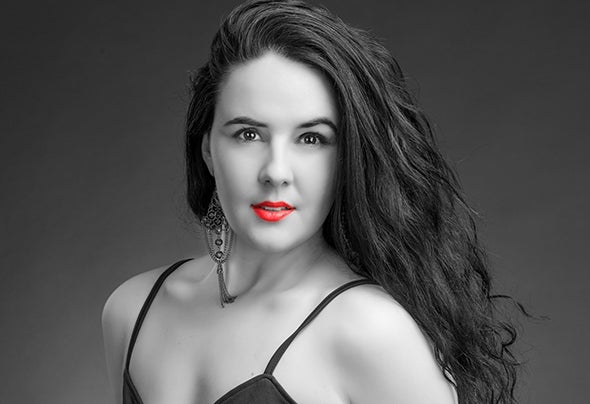 Pronounced "Shara", her birth name. Shara's interest in music began at an early age by having both parents as music teachers; her mother a pianist and music teacher, her father a songwriter and guitarist. With training in piano and music theory, she began composing songs at the age of 13, performing live on the piano at different events throughout her teenage years. Her interest in electronic music came later in 2005, when she was introduced to the Montreal dance scene. Local DJs such as DJ Maus, King Louis, DJ XL, Creator and Mighty Kat influenced her taste along with International DJs such as Junkie XL, DJ Dan, Benny Benassi, Danny Howells and Preach. Shortly after, she began producing and remixing tracks of different genres. She was introduced to different software programs which enabled her music abilities to thrive through the computer. She quickly began to produce tracks and vocals that were widely liked by many. She has releases with Smile Creations Music Label, Yeiskomp Records, Symphonic Distribution, Sogood Music/ACO-Tech, Direct Drive Digital, Android Muziq, 6N7 Music, and more!