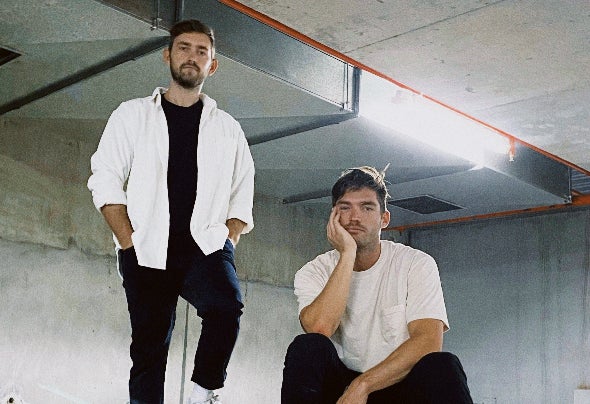 Dynamic percussion, full-bodied basslines and melodies that ooze with groove are the trademarks of Josh Glenny and Sean McDermott, who formed SEVADER in 2016. The project has won over audiences on several continents with their deep & minimal Summer jams which are paying dividends, on and off the dancefloor. The pair have travelled extensively to write so it’s no coincidence that SEVADER translated means ‘to escape’. Versatile producers and equally skilled behind the decks, the duo have already graced a number of impressive stages including festivals Your Paradise and Arcadia, with many more in their sights. Their signature production style was recognised early on by independent labels Beats of No Nation and Hot Sunday Records with support from Will Clarke, Colour Castle and more. After an extended writing trip in the US, Doorlys imprint ‘Reptile Dysfunction’ released the Latin-inspired 'Visions' on his Miami Music Week sampler followed closely by the Cloudbreak War Drums EP on LA collective Percomaniacs label. After putting their spin on official remixes for Cassian, Poolclvb & Thandi Phoenix in 2019 SEVADER began curating a seasonal mix series entitled ‘Select’ which champions their favourite tracks and rewards loyal fans & followers with new material before it is officially released. SEVADER are expected to take things to the next level in 2020 with a highly anticipated release on Club Sweat, Persian Rose is a nod to jazz, soul and the foundations of dance music. Evoking an endless Summer vibe reminiscent of their hometown Noosa, their latest efforts in the studio are poised to charm the global scene.