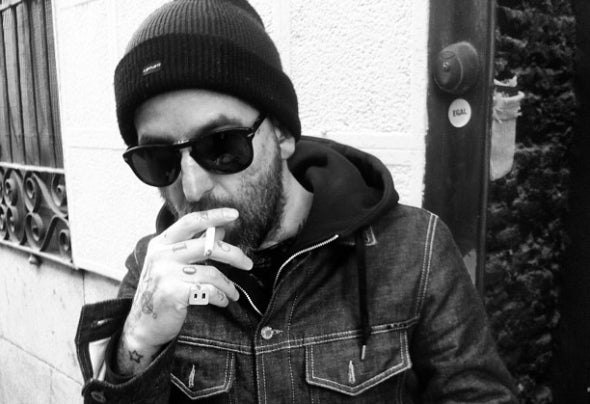 sandrobianchi, born Italian, from a Peruvian Mother and resident in Madrid, is one of the most important DJ ́s on the national underground scene. He also has a very extensive international career. His DJ set ́s had reached some of the best known worldwide clubs, such as “Cielo”- NYC, “Propaganda”- Moscow, “Flex”- Vienna, “Weekend”- Berlin, “Culture box”- Copenhagen, etc...Sandro is commonly requested by Central and South America where people had been listening to his work in Venezuela, Brasil, Colombia, Sto. Domingo and Peru among other countries.He is the lider of the “Madactive Collective” organization from Madrid, and the resident DJ at some of the top local clubs in his city (“Weekend Club”, “Museo Chicote”, “Charada dance club” and so forth) Currently he is running three weekly radio programs, “Tuesnight selection” at www.locafm.com, “Hipocrisy” at www.radiocirculo.es and “Discodelia” his latest program for the Balearic radio station ibiza sónica (www.ibizasonica.com), with a great international audience due to his large and solid career troughout the radiowaves...Thanks to all of these, Sandro has become a versatile DJ indeed; managing various music styles and mixing from hip-hop, r ́n ́b, soul, funk. dub, dubstep, jazz to disco & nu disco, breaks, deep house, soulful house, tech house & techno.sandrobianchi has recently signed for the French label S.P.P. (stéphane pompougnac productions) with a track included in the world famous series hotel costes & for sonar kollektiv (berlin), the famous label of jazzanova while the rest of his work gets published by subterfuge records, tarifa records, alma music, house café music, sol selectas (new york).He is sponsored by nike, nudie jeans, casio g-shock, carhartt, element, Irg and in Peru and Chile by element. His career has developed close to world of fashion by placing his music in many fashion designers catwalks, events & use to make playlists to shops around the world.Missoni, carolina herrera, de beers, cartier, loewe, pedro almodovar, joaquín cortez are some of the worldwide brands that he have worked over years. These days Sandro Bianchi is working with the “Vicious” magazine, in which he has a to write about the Music.