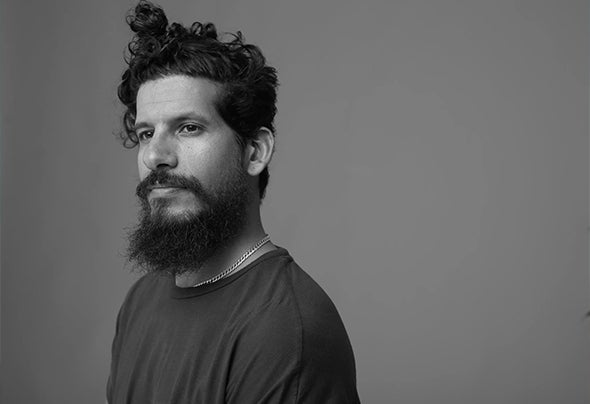 Currently residing in Tel Aviv, Omri Guetta, is one of the most sought after djs in the city and beyond. Known for his unique musical taste, as well as his ability to adjust to the venue and specic party setting he is playing at, Omri has played alongside some of the world's most renowned names such as Rampa, Pachanga Boys, &Me, Stephan Bodzin, Sven Vath, Red Axes, Yotam Avni and an unforgettable opening for Lee Burridge and his All Day I Dream collective at the rst Grounded festival in Eilat, Israel. He is, as well, playing in several festivals such as “The Tripping” in Israel also an active part of the lineup of the uprising Midburn (Israel’s Burningman ocial extension) sound camp Rabbits In The Sand, whom if you haven't heard of yet, it’s time you get your head out of the sand. These days you can nd him playing in at least one venue per day all over Israel, as well as being the content manager at the mega successful Tel Avivian bar Voodoo where he is also a partner. As you can see, Omri Guetta is one busy dude and every spare minute he has you can nd him working hard at his studio producing music on his own and in a joint project with producer Haim Godes titled “Double Life”. Try to follow, so much more is on the way from this multi talented and above all one of the nicest people around, Omri Guetta.