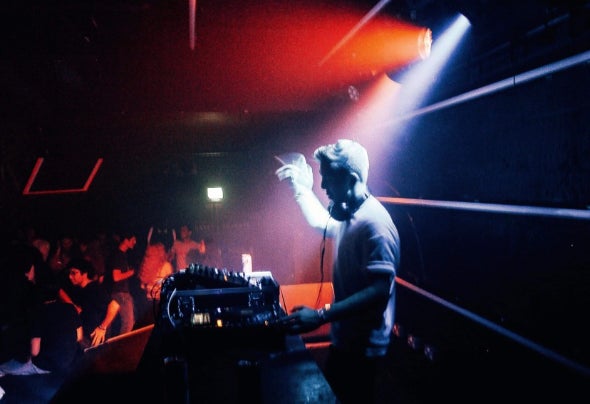 With an eclectic style that encompasses everything from bass house, grime, dubstep and breaks, MMEE’s non-conformist attitude when it comes to his music is quickly earning him an ever-growing follower base. MMEE’s (pronounced “Emmy”) musical journey began back in 2011. Despite being British-born, he was first introduced to electronic music through the vibrant commercial nightlife scene of Shanghai, China, a city he grew up in for many years. Moving to London to pursue a degree at university in 2015 however, introduced him to a whole new world of grungy warehouse parties, jungle/drum and bass/dubstep raves, and arguably one of the best scenes for underground bass music on the planet, which has no doubt been an endless source of inspiration evident in MMEE’s slew of releases. With several Beatport-charting releases on labels such as Southpoint Music, Four40 Records and Brøken Music Syndicate, paired with support from the likes of My Nu Leng, Dr. fresch, Emerald, Left/Right and Echo Knight , features on British national radio, Rinse FM, and collaborations with the likes of Dread MC and Griz-O, MMEE has no intention of stopping his climb to the top any time soon. Keep an eye out for MMEE, he’s one to watch.