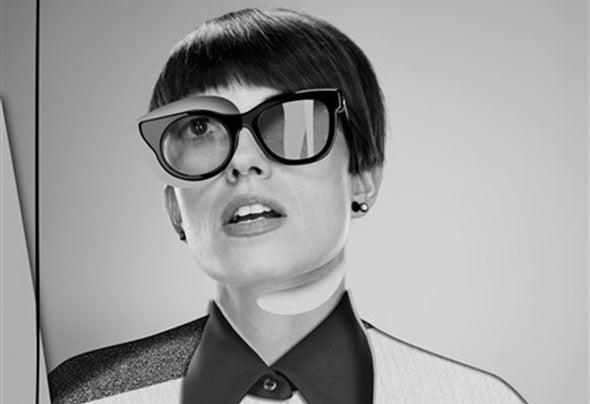 DJ Mini is originally from Rimouski in Quebec. She relocated rather early into the urban jungle of Montreal, the young Evelyne Drouin quickly develops a passion for techno and electro sounds.As a hands-on artist, with experiences in production and mixing, club gigs and artistic events, Mini has made some giant strides in a multitude of festivals and electronic music events, rapidly becoming an emblematic figure in the Montreal underground scene. Her first original album Audio Hygiene, released in 2006, caused quite a stir and even reached the mass media of Quebec province, which usually tends to shy away from this musical genre.For over seven years, she filled Montreal’s Parking nightclub every Thursday with her weekly event Overdose. Beneficiating from the support of international acts, Mini’s guests have included Richie Hawtin, Laurent Garnier, Ellen Allien, Tiga, John Acquaviva, Boys Noize, Zombie Nation, David Carretta, and Felix Da Housecat. She’s also been invited to perform at various festivals around the globe. Wrapping up the honours of various Quebec publications and nominated as one of the top 10 DJs and event producer, DJ Mini has been declared one of the most important influences of the Montreal nightlife. Mini used her years of experience in the industry to invest herself more and more into the event production angle of her career. Having a natural sensitivity for art and aesthetics, she’s also been recognized in the fashion industry. She shares her music to the services of fashion companies and designers in order to provide them with an appropriate musical environment. Whether it is for fashion shows or for fashion store ambience, companies such as Sensation Mode, Lacoste, Rudsak, Valérie Dumaine, and many others have collaborated with Mini.Her numerous experiences and trips around the word have inspired Mini in the creation of her second album, Espace Temps. In 2011, Mini began to elaborate the roots of a project based on the songs from the album: the immersive show Espace Temps. Thus, she shares the footsteps of her career in a way that is both contemporary and multifaceted. Taking on the role of artistic director, Mini has assembled a team of young artists to produce a show that combines visual projections, choreography and ambient sounds based on the album released in June 2012. The project, in collaboration with the Société des Arts Technologiques (SAT), will see the light of day in autumn 2012 and will eventually be exported around the globe. Always driven to test the limits of technology, Mini doesn’t hesitate to integrate midi- mapping, sound spacialisation and live performances by musicians in a new aspect of her performance. With more tricks up her sleeve, Mini embarks on a new aspect of her career by making hearts beat to the rhythm of her music and her passion.