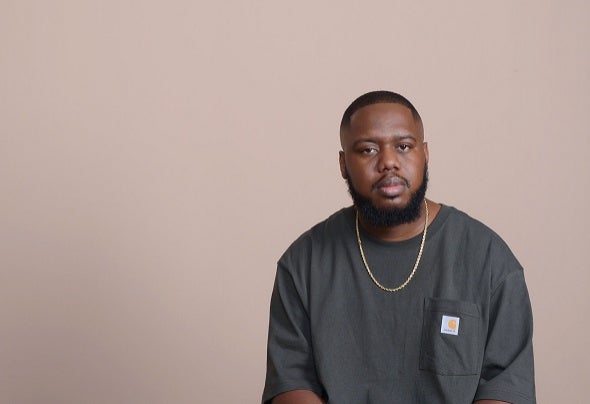 Mighty Mark is a pioneer in the world of Baltimore Club Music, but also isn't afraid to push the genre forward. Whether it's his made for the club releases such as Mighty and Real or his Hip-Hop efforts such as Modern Dreams, Marquis "Mighty Mark" Gasque is always creating his own path inspired by his hometown of bmore. Together with frequent collaborator TT The Artist, Mighty Mark has made numerous underground hits such as F Trump and tracks that have been featured on top shows as "Lavish" and "Thug It Out"(HBO's Insecure) and "Bass Drop Bigger"(Netflix's Nappily Ever After). Mark's original releases and remixes receive frequent airplay via Clubs, Rinse FM, BBC Radio and Radio One FM Stations. In 2020 Mighty Mark joined the board of directors as treasurer for Maryland Volunteer Lawyer’s for The Arts(MdVLA) becoming the first non-lawyer to join. This position with MdVLA allows him to help creatives in his community with legal issues and representation as well as give insight from an artist perspective. With recognition and features via respected publications such as Complex, Vice/Noisey and Fader, the future is looking bright as Mighty Mark continues to create club anthems and curates music on his label Hands Up! Records.