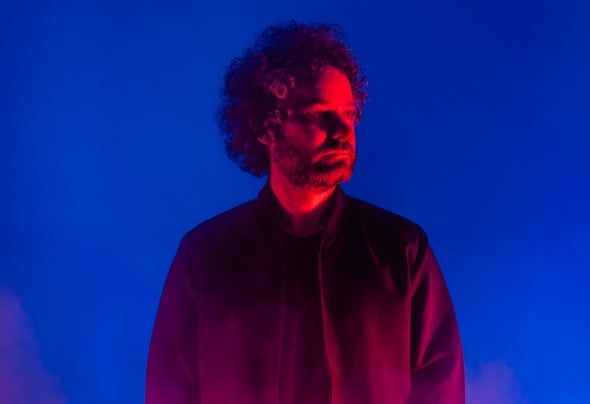 Luke Million resides in a disco galaxy where planets swing like a pendulum to his hypnotising melodies and his fingers move at the speed of light shooting synth laser beams through the universe. Luke Million’s tunes catalyse an explosive reaction shooting from the ears to the mind, the mind to the booty then the booty to the dancefloor.We were first introduced to Luke Million via Australian label Future Classic who brought us his debut EP 'Italo Journey / Octobussy', which was a synthesizer odyssey paying homage to his influences. The EP received major props internationally and was soon followed up by the cult limited edition EP ‘Arnold / Sunsplash’.Arnold celebrated the great man we used to know and love and quickly found its way into club punters hearts with signature ‘down, up’ dance moves spreading like a cosmic blaze doused in rum.Luke Million has been weaving his remix magic far and wide showcasing a nifty portfolio of synth laden disco mania including remixes of The City Riots – “Wait For You” and Auxilliary tha Masterfader – “Disco Dictator”. More recently Luke has shaken up a delectable banger cocktail with remixes such as Olympic Ayres – “Magic” and Moullinex – “Deja Vu” with a splash of sweetness from Sterling Silver – “Sweet Talk”.The next chapter for Luke begins with the legendary New York label “Nervous Records”. September sees the release of ‘Midnight / Galaxy’ on their ever growing Nu Disco arm “Nurvous”. Midnight is a spacey tale of an unrequited love while Galaxy boasts a pumping bass line that will sweep us all up into an uncontrollable frenzy post breakdown.Luke has counted Splendour, Parklife, Pyramid Rock, Sets On The Beach, Spin Off and River Sessions Festival as a couple of the plethora of stop offs on a mission to achieve world domination through his hypnotic synths and debaucherous disco. Luke has been gallivanting all over. Appreciation has catapulted globally and Luke is planning to return to Europe late 2013 and also spread some love in Asia and the US. With a new impressive live show burning to be seen and heard, Luke has his tunes set to illuminate the dancefloor guaranteeing a treat for the senses.