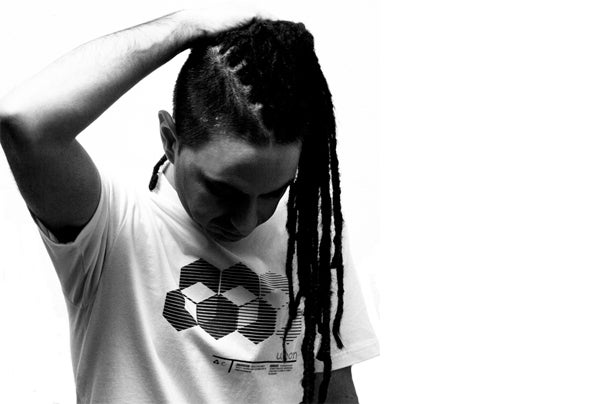 Berlin-based Leg-No is quickly becoming one of the most exciting names in House music.“ ... Unique, bouncy, fresh, colourful and exuberant on the dancefloor” (Rote Raupe) The Italian-born DJ, producer and label-owner has a long history of passionate music production, releasing his first visionary EP at the tender age of 19, remixing artists like Beastie Boys, Mos Def and Clipse. While living in London and soaking up its unique brand of Hip- Hop, an insatiable evolutionary drive took Leg-No from mastering Techno and Rave to delving into the groove and bounce of new House, showing both diversity in audience and a genre-bending passion for good music. “ ...In his productions you can recognize a really cool fresh and bouncy housey touch. He moved first to London and then Berlin to join his friends Mowgli, Solo and Rivastarr. If I had to compare his music to one of them, I will not hesitate to say Rivastarr.” (High Maint enance) In early 2011, Leg-No dropped “The Ruckuz”, his first EP on his own label, Be Bonkerz. Its groovy percussion, warm chords and party stomping vocals saw it place 8th in the World House chart. The lip smacking videoclip of “The Ruckuz” inspired remixes by Baunz, Coqui Selection and DJ Myrla, adding more shades of House to the EP, which garnered support from Zombie Disco Squad, Chris James, Camel, Joyce Muniz, Fex Fellini, to name a few. “ .. Every mix on Leg-Nos latest single is incredible. Honestly, [I] cant pick the standout, mostly because theres a ton of variety. Serious buffet of house music on this one.“ (manalogue.com) Leg-No has had the pleasure of remixing artists such as Oliver $, Round Table Knights, Camel, Fex Fellini, Tricky, Chris De Luca, Schlachthofbronx, Spank Rock, Miss Ill, Teenage Mutants, Myrla and many more. Continuing to strive to create something fresh with every new song, Leg-No released many EPs in 2011. Following his “Flauto” EP in July 2011, with three awe- inspiring new tracks merging elements of Swing, Balkan and House, he dropped two remix EPs. First, “Jucy Lucy” EP wit h t he young producer Look Like and then “Music Store Syndrome” EP, another fresh release for Blotter Records with his friend Fex Fellini. After his revelatory visit to Arena Club in Berlin, he held residencies at Berlins Ritter Butzke, Suicide Circus and M.I.K.Z. 2012 has already started with a great EP upcoming on Electrocorp Record in February, where he revisited an old song of Edith Piaf. 2012 is going to be a busy year full of collaborations for Leg-No, who has always leaned toward the cutting edge without losing touch with the roots of House and Techno.