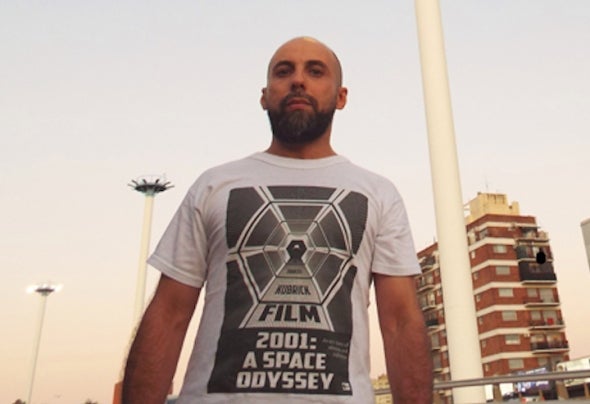 Juan Benedetti aka Kid Riot (Buenos Aires) is a DJ with +25 years of experience in the Argentinian Techno Scene, being a foundational part of it as a member of the "Urban Groove" group. (as Jam-On) Since the mid 90's, his presentations in events, recordings, and productions of parties would be extensive to detail in this way; of which we could highlight releases on vinyl (Kumquat, Universal, Strictly Rhythm, Beathey), sharing events with The Prodigy, Front 242, sharing line-up with Dj Hyperactive, DVS1, Len Faki, Chris Liebing, Function, Lewis Fautzi, Shifted, Eduardo De La Calle, Hector Oaks, among others ... and playing his vision of techno at clubs of the whole country. Kid Riot is a resident of UNDER CLUB, the most important techno club in South America. At the end of 2019 he carried out his first Spanish tour, with presentations in Madrid (Club Utopia- Under Club showcase) and Barcelona (Rezonanz- Razzmatazz). KID RIOT also has published on Dolma Red (FR), Syxt (GER), Blumoog (UK), Panel Trax (HU) and the most important Argentinian labels; such as Unterwelt, Armed and Concepto Hipnótico, and a 12" for the local label Tocasmydrum. As member of "Urban Groove", his most recently releases were "Notic Legalizer EP" (Illegal Alien) and "Visit Venus EP" (12",Kumquat). In this way, Kid Riot defines itself as a "Techno Soldier"; respected by his colleagues through the generations.