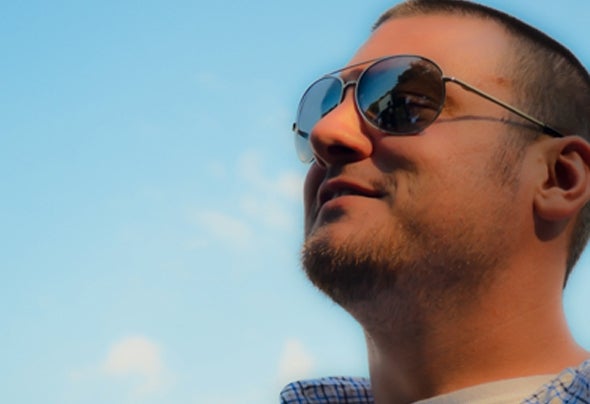 Wit h his unique product ion of Nu Dance/Elect ro, along with his talented blending skills on the turntables, Kid Optimus is quickly becoming a force to be reckoned with in the realm of electronic dance music. Hailing from central MA, Kid Optimus has brought a consistent hard dance vibe to every set he plays. Playing across the USA he has made a strong name for himself arranging an inspired combination of self produced tracks mixed with other hot tracks. In 2006 he was nominated for "Best Club DJ" in the Worcester Music Awards, presented by Pulse Magazine. He struck the airwaves in November of 2008 and again in July 2009 on the BUZZ Radio show with Randy Boyer on KISS 95.7 in Hartford CT as a special guest mix. As CEO of Optimal Sound Studios, based in Marlboro, MA he has remixed several tracks through various labels which you can purchase on Beatport. Kid Optimus is a signed artist to Ear Time Records (Chicago) and has a remix released on Forte Records (Maryland) With a string of upcoming track releases, Kid Optimus is well into making his mark on the world with some heavy electro bangers.