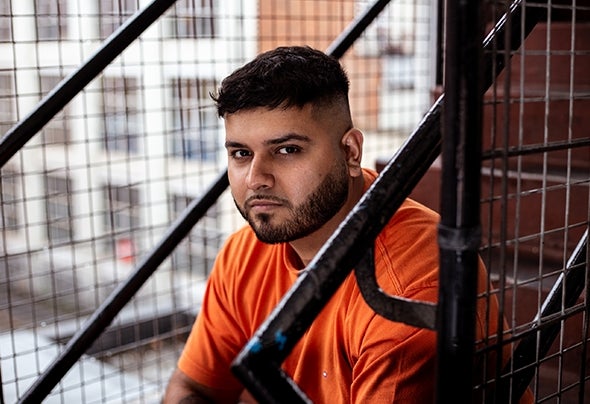 Kesh Loi is one of the exciting new names at the heart of the vibrant Minimal House scene in the Midlands, having built a reputation as the face of his Leicester based brand, Centre Stage. Kesh has become synonymous for his innate ability to dig deep and deliver encapsulating multi-genre spanning sets. After cutting his teeth as a DJ, the progression into production has been natural for Kesh. He has already released two free downloads - 'Monday Madness' and a collab with close friend Lee Hasty 'Let Go' - both releases racking up a total of 11k streams to date. His year has gone from strength to strength, Kesh took the Beatport charts by storm with his solo debut EP titled 'Peach', on LuvRhythm Records. The EP broke into various charts including 9th in the top 10 global releases and each track breaking into the Minimal / Deep Tech top 40, along with several track features on Beatport's community playlists. Kesh has fast developed a sound centred around driving groovy bass-lines, shuffly drums and bouncy chords, the perfect formula for dance-floors worldwide.