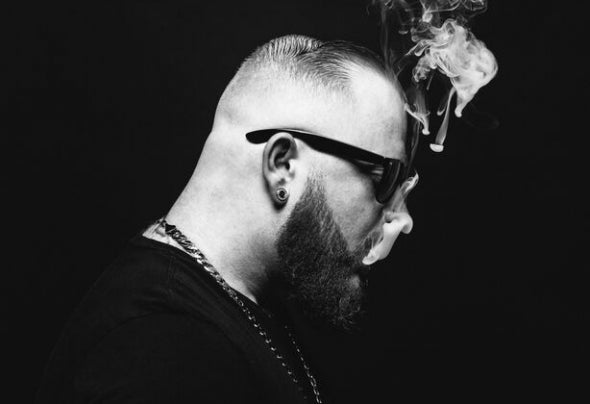 Born and raised on the Sunny shores of Southern California, Kennedy Jones has spent most of his life around big bass music.After seeing great success with a collaborative Dubstep project, including a track signed to Ultra Records, Kennedy decided that the time was right for a solo project. Taking elements from all of his favorite styles of music and cramming them into some of the most unique sounding tracks that anyone had heard, this new “Kennedy Jones” project quickly took the bass music scene by storm. With overwhelming support from artists such as Carnage, Major Lazer, Borgore, Ookay, Brillz, Bro Safari, Mt Eden, Nadastrom, Luminox, 12th Planet, and more, Kennedy Jones has continued to show the world that his high-energy, bass- fueled, twerk-enducing, music can take any venue to awhole new level.Most notably, the recent release of Elvis Crespo's "Suavemente" (Kennedy Jones Trap Remix) on the Buygore All Stars Album (http://bit.ly/kjsuavemente ) which has recently been played on the Los Angeles based radio station Power 106 and UK based radio station BBC Radio 1 by multiple artists (http://www.bbc.co.uk/programmes/p013jsw3 ). The album also features a collaboration between Kennedy Jones and Borgore with their 110BPM dance floor smasher remix of "Macarena".More recently his songs like Katy Perry’s “Roar” (Kennedy Jones LOUDER remix) and “No Return” have shown the world that Kennedy isn’t just a one-trick-pony. Branching out into genres like Hardstyle and Big Room House, Kennedy Jones used 2013 as a time to show everyone just how musically diverse he really is.Kennedy's music has received domestic radio support from LA stations such as Power 106 and KIISFM 102.7 as well as BBC Radio 1 Support from artists such as Diplo, 12th Planet, Mistajam, Benga, Skream, N-Type, and more!Having started his solo project in December 2012, Kennedy quickly became recognized as the artist to watch in 2013 and has kept up the pace in 2014 as he continues to gain support and fans that want more of his highly versatile productions and awe-inspiring live performances.