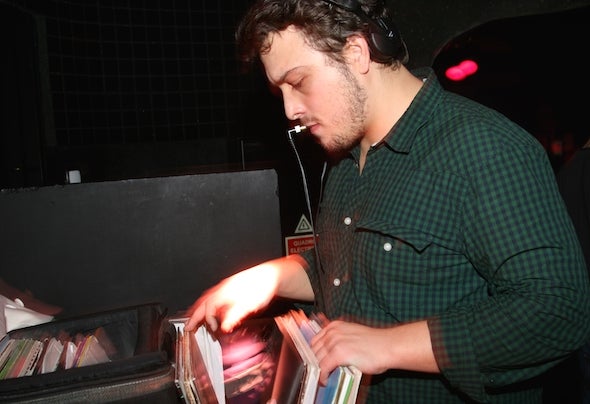 Often considered a young veteran, Ka§par (João Pedro Pires) started his work as a disc jockey at age fifteen in 1997. The following fifteen years have been spent at a restless pace, working with some of the most relevant characters and artistic references in Portugal and abroad; as well as travelling the globe as a Dj, producer, lecturer. Ka§par was the portuguese graduate from the 2005 Red Bull Music Academy, held in Seattle, as well as the founder of the first downloadable dj mix website in Portugal (mamilo.org).To this one may add his degree in clinical psychology as well as his decisive contribution to the establishment of one of Portugal's most sought after record labels, Groovement, as well as being an artist in some of Europe's most visible and relevant record labels such as 4lux or Clone out of Rotterdam.His work as a composer showcases an immense discography, and this talent as both a music creator and a highly specialized Dj have made him a regular at some of the world's most interesting stages, both in Europe as well as in the United States. His dj'ing is well known for his impecable execution as well as an enciclopedic knowledge of music, aided by an uncanny capacity to unite several aesthetic languages into one coherent and inspiring speech.