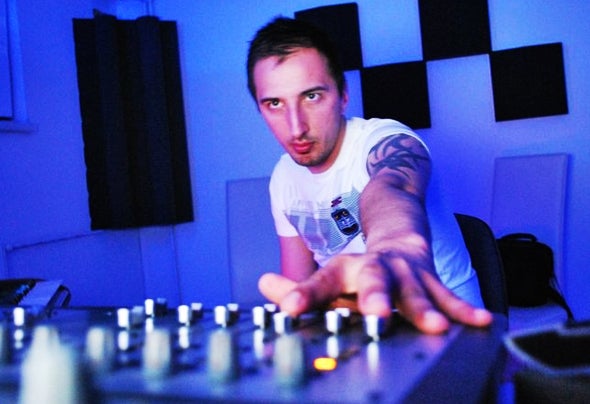 It all began when he was 18. He finally found him self in music that he like with all his heart. The wish and love was so big that he sold a lot's a precious stuff so he can afford his first equipment and in a matter of 3 weeks he made his first ever promo mix (turntable spin mix) and with that he sign into a newcomers party in the biggest club in northwest Croatia -club EX, and the feedback was excellent. First gig in 4 weeks off dj-ing and he won a opportunity to play with all the famous names (Jean Marie Cone, Max Brown, Jannete Slack, Kitty Cat, Darren Shambala, etc) in most famous club night in this part of the world. After two years he got him self first residency in Piramide bar. After that he start playing all around Croatia. The love and the fire in his hart could not let him to just stand and be satisfied.