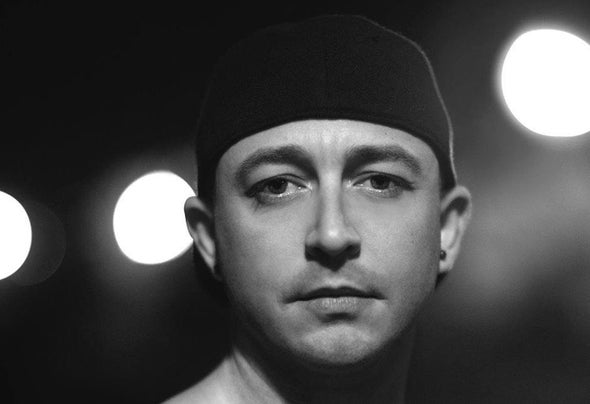 GRACE, DJ / PRODUCER from Livorno (Tuscany) was born in 1984 at the age 'of 16 years is affected by the electronic music house.Si approach it thanks to the influence of Matteo and Francesco Tedeschi AKA MR.DONNY rich 'AKA MR KEY, in the pair ANONYMOUS DJS.Da here begins a journey as a DJ in clubsin appetizers, one of these is the COTTON leghorn, and private parties in the staff of Richard Degaetano AKA RICHARD DREAM in 2004.Lavora DREAM's staff for 5 years, after playing in the local TULATU 'Bientina (Tuscany) alongside DJ Philip Nardi.Nel 2006 to 2007 he joined the crew of the lack' of local DRESSCODE Ponsacco, where he honed his technical work and then split the console cn DJs the likes of MARIO PIU 'and RICKY LEROY at the disco CALAFURIA of Livorno, at the nightclub CLUB ROYAL Pisa joins the DJ DINO ANGIOLETTI. In 2009 approaches the sound of electronic music that fascinates him so much to take the techno-electronic sound that characterizes his later productions. In 2010 falls on the staff of the feast our faith always led by the staff where DREAM is pleased to work with DJs like CHRISTIAN C., JACOPO SUSINI, MARCO EFFE, ROMAN ALFIERI etc etc. From 2010 to 2012 he worked at the nightclub FRAU MARLENE Torre del Lago (Viareggio), where he became one of the resident party TO BE IN LOVE that featured many successful nights of Versilia, alongside the likes of DJ STEFANO NOTO, GREGOR tresher, THE GROOVE ROOMS, Emanuel ENGLISH REBOOT and many others. In 2012 she started working at the KING CLUB Livorno until 2013, where he found space on the staff of the club's resident. In 2012 he released his first album (RED LINE) labeled Time Electronica and in 2013 he released his second album (Uncorking THE WATER - CLOSET) labeled Moon Deep RecIn 2015 produces INTENSITY label SHADOW MUSIC RECORDINGS GIUSEPPE Locarini.