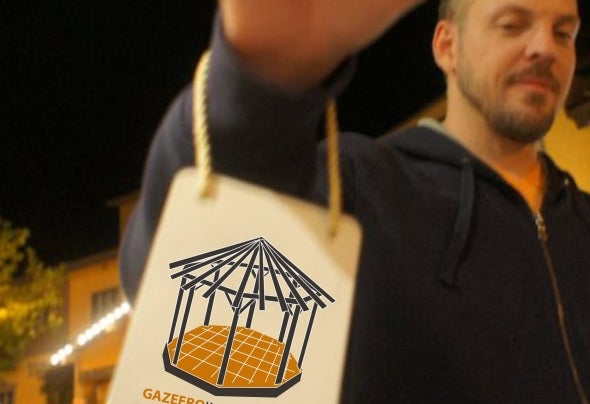 Jon Nedza aka Gazeebo has been carving up his unique brand of disco and house since the late 90's with an eclectic array of releases which can be found on labels such as Ministry Of Sound, Grayhound, Instruments Of Rapture, Strut, Editorial, Eskimo, Funk Weapons, Wolf+Lamb, Imperial Dub, Leaf, and of course his own imprint Gazeebo International. Today Gazeebo has gained worldwide popularity from his disco infused imprint, which receives heavy support from top artists and DJs like Andrew Weatherall & Sean Johnston, LTJ Experience, Wolf+Lamb, In Flagranti, Hot Toddy, Horse Meat Disco, Leftside Wobble, and The Revenge to name a few.Since the launch of Gazeebo International in 2010, label founder Jon Nedza is steadily transforming this small, disco ambushing imprint into a globally recognized, sunset inspired music entity. The core inspiration behind Gazeebo Intl's transition is fueled by the label's love of travel to warm, sun drenched, beach environments and tropical destinations around the world. With dozens of releases to date, Gazeebo Int'l is exploring the boundaries of an evolving music scene by delivering high quality mid tempo, nu-disco, organic & balearic music and setting the stage for the ultimate sunlover experience.Gazeebo International's rapidly growing artist roster takes us on an exciting and diverse journey around the world with talented producers from the United States, Europe, England, Mexico, Brazil and Australia just to name a few. This worldwide collective of producers, with Gazeebo himself included, is working closely together and laying down the foundation for future Gazeebo Int'l releases.This comradery is essential for Jon's vision of remaining an influential and eclectic music label.