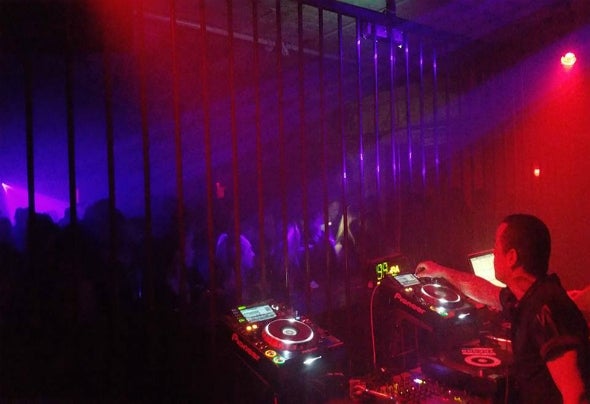 Fragmento was born a world traveler. Someone dedicated to studying different cultures, both cultural and musical, influenced and formed by the various sounds of techno . Since 2014 based in the German capital Berlin after many years traveling trying to find his own sounds or nicht the nicht began to get life and started to be collect and organized, he learned more and more about his passion & inspired from a particular hypnotic aggressive dark sounds without forgetting the old school vibes mixed with a bit of breaks and lot of groove. Lover of the art of Listen & Playing Vinyls from different years about the evolution of techno not blocking him self to a monotonal set so having the chance to listen different kind of sets with the appropriated music. Since the start of his carrier Fragmento had the opportunity to show his sets and what he was proposing in many clubs around europe but on the 28.10.15 he had the opportunity to show his set at the legendary club Tresor in Berlin . At the beginning of 2014 after years making and collecting sounds Fragmento starts his label Asymmetrical Code with the collaboration of artists such as Ryuji Takeuki,Endlec,XHEI,Andrea Belluzzi,,Jose Pouj,Pulse One,Drop-E, Yuuki Sakai,Kryss Hypnowave,Corvum,DetroUser.