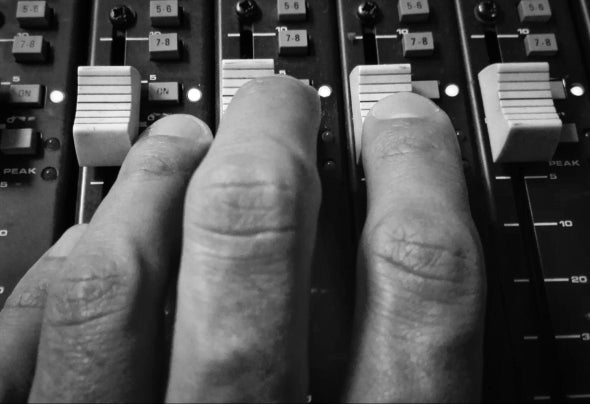 The deDUBros project was born in Florence (Italy) in 2012 from the intersection between the bassist and producer Federico Cioni and the drummer Diego Cossentino. The duo, who already had the opportunity to work together, was deeply resolute to produce original music managing to involve musicians and artists both Italian and international, defining their own style as part of reggae music.The duo collaborates since its beginning with the independent label Elastica Records, this favours the opportunity to meet prominent artists and participate in musical events that continually stimulates Federico and Diego into researching and innovation of their sound.During live shows the two musicians and producers appear with their self-built dubstation performing live dubbing tracks or with a band in two versions: a four (drums, bass, keyboards, guitar) or six elements (with the addition of trumpet and sax). With the band they are able to accompany roots reggae artists of all levels, dubbing songs in real time during the performance with a system run directly from the stage by deDUBros themselves.They released two EPs, deDUBros meets Lee Jaffe in 2013 (in collaboration with the harmonica player who has played in Bob Marley’s Natty Dread and worked, among others, with Peter Tosh, Barrington Levy and Morgan Heritage) and End Game in 2015 with Dennis Bovell (one of the greatest artists and producers ofEnglish reggae dub, producer of Linton Kwesi Johnson and founder of Matumbi) in 2014 the single Instigation.In 2017 they have released their first 7" vinyl single Mr.Caraibo and the short documentary The Dub Talk, a 15 minutes video based on interviews that shows their works and collaborations among their musical career.