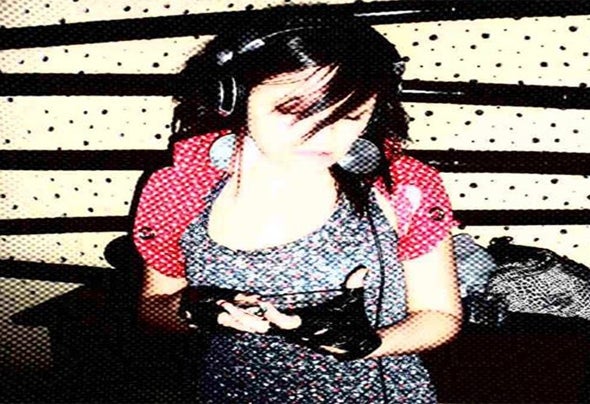 Alexandra A, better known as Candelitta a.k.a Dark Candywas born in the sea capital of Bulgaria - Varna. Ever sinceshe was little she's spellbound of all kinds of art. Later on,her interest in music and electronic music in particular,extends. She's influenced by the sound of Richie Hawtin andher idol, Marco Carola. After an event at PR Club (GoldenSands) she manages to acquaint with him and feel hismagnetism. Another factor is her surrounding of some of thebest Varna djs and producers. She started mixing on a prodj set in January 2010."I was looking for underground dark sound and I wanted toexpress myself. At the moment I learn how to produce mysounds and I want to find and feel the dark deep sound",she says. In the summer of 2010 she becomes resident djat Escape Club (Sunny Beach, Varna). T hen, invitations forgigs start to arrive. She also had gigs at clubs like ComicsClub (Varna), LifeHouse (Sofia), AJ Club (Varna), LaplayaBeach (Varna), Club Calisto (Veliko Tarnovo), Label 69(Burgas), Club Elite (Dimitrovgrad). She even played atGraffiti Cafe - voted Best Bar in the World 2012. T he crowdlove her and she's definitely one of the hottest new talentsin the underground scene in Bulgaria.