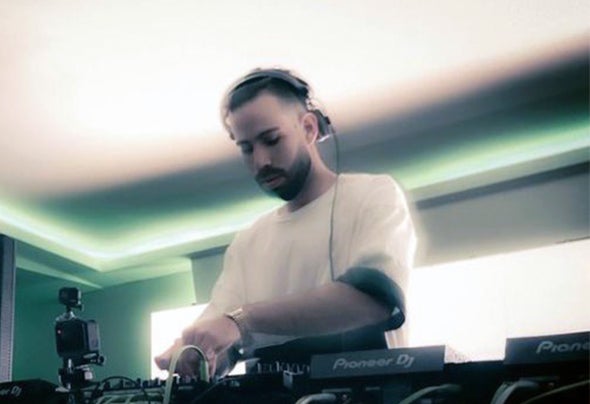 ANTONIO BM @antoniobmdj - Venezuela - Born on August 16, 1996 in the city of Caracas, Since 2012 He has had a great attraction for electronic music and a great passion for sounds and instruments that little by little he listened and absorbed in his environment thanks to the electronic scene from that moment formed by international artists such as Okain, Cocodrills, German Bringante, Cuartero and national artists such as Fur Coat, Jafa, Héctor Gamez etc ... Time of the famous Partito di Casa. In 2015 he decided to be part of the world of music as a DJ and took a course at the renowned Pitch Control school in Caracas, Venezuela dictated by Dj Milton Hernández, after acquiring knowledge, culture, technique, a good ear and a taste for music. music, begins to explore the nightclubs and places to share their themes, music and sounds, in nightclubs in the city such as Nens Club, TeatroBar, SukaBar, LaQuintaBar, Leu el Hatillo, Chillers loung, Marbella, Maroma, Los Peruanos Ve and among other private events. With the passing of time he became one of the leading DJs of the nightlife in 2018, he has had a wide short-term projection, gaining renown for his technique and for his selection of songs, which are loaded with a groove style. and powerful analog basses, characterized by placing MinimalTech or TechHouse that goes from the energetic to the most elegant as a Minimal / Deep / Tech loaded with a lot of Swing and catchy rhythms, bringing to the dancefloors unique quality sets and great added selection of a lot of imagination, travel and a lot of movement to dance using the most current sounds of electronic music. He listens and is influenced from the beginning by artists such as Toman, Anotr, Chris Stussy, Djoko, Mihai Popoviciu, Markus Homm, Janeret, Prunk, Neverdogs, Waff, Marco Carola and among other national and international artists At present he has managed to sign with important labels such as BeMore / Asone / Irregular Musik / Sacudan / Nonidentical / LowGroove