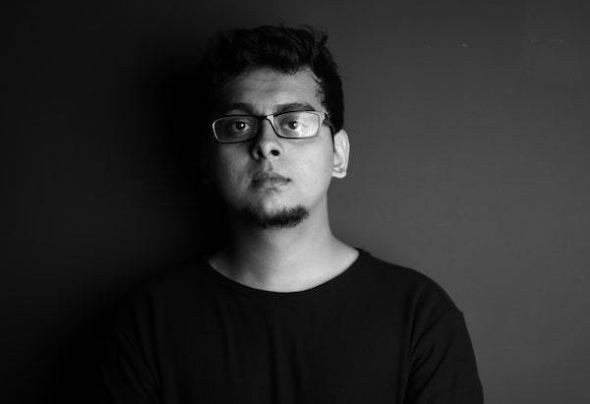 Growing up in Bangalore, India; Anejath Rao was exposed to an eclectic range of music - from jazz and classic rock to hip hop and Indian classical. It was in the summer of 2014, that he was introduced to underground electronic music and ever since, Anejath has never looked back. With years of collecting an array of music, he’s ercely inuenced by artists like of Dahu, Satori, Canson, Niukid, Lake People, Max Cooper and Sebastian Mullaert and local legends like Kohra, SHFT, Jitter and Audio Units. His keen sense of sound, voracious appetite for mixing tunes, and his left-of-centre take on House music and Techno, has found him a regular spot in the city's ever evolving nightlife. From sharing stages with diverse artists like Chymera, Brian Cid, Barnt, Pete Oak, Lake People, Salah Sadeq, Tobias Freund, Adam Rahman and more, Anejath has veered from these artists to create some ear-perking and gripping sets that are sure to transcend your reality. His sound is a culmination of lush soundscapes, with a touch of melancholic musicality. He fuses and blends these sounds with a dark tonality, that helps him remain true to his diverging influences.