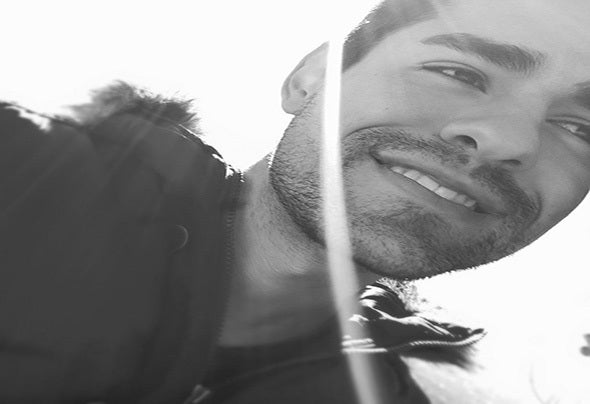 Electronic music producer & DJ based in Cordoba, Spain. Supported by Markus Schulz, Roger Shah, Paul Van Dyk, Aurosonic, Andromedha, DJ Feel , Kaeno, Mr Pit, Ozzy XPM, Tucandeo & more.Alan Cuevas born in Mexico City in early 90's. He got in touch with the Electronic Music, specially Trance/ Techno/ House at the middles and the ends of the 90’s, when he was a child, thanks to his most early family. That music has been present on almost all his life till now, between other genres like Indie/ Pop/ Rock or Classical.He gets in touch with the music production in late 2011. Some months later, in november 2012, he got his very first official release on Polish label ‘’Darkpload’’ as remix of Darkployers’s track ‘’Incite’’ which was amazingly supported by Markus Schulz on GDJB at the time he was signing a contract with the legendary Spanish trance group based in Madrid ‘’Suburban Sound’’. One month later was released there his first solo single ‘’Through This Line’’, which was supported by Romanian star Mr Pit on "Universal Selection" radioshow and included also remixes by his mates and talented guys Akku and Andromedha.Those supports on his fisrts releases motivated him to keep working and evolving. His first EP ‘’Lost Words/ Senda’’ released one year later on Darkpload Records with remixes by Martian (now Arkham Knights) and Andromedha, was well received on the trance scene, achieving supports by artists like Paul Van Dyk, Tucandeo, Aurosonic or DJ Feel.After releasing some remixes more on labels like Suburban Sound, Darkpload, Entrancing Music or Balearic Sun (Redux) he worked on evolve and continuely renew his sound and technique on a no-ending search of himself and his own style. At time he felt attracted more & more to progressive, atmospheric and deep sounds, among some other ''new'' ones for him like Progressive Breaks or D&B in general.