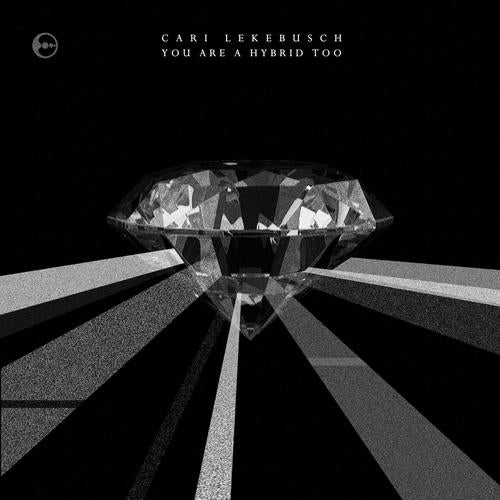 H-Productions have been releasing their distinctive brand of ever-so-slightly left-of-centre techno since 1994, however 2011 saw the beginning of a new way of working for Cari Lekebuschs imprint. Motivated by the dual inspirations of the labels original name Hybrid Productions and the brands long legacy within techno, a concept was born which brought together a select group of artists whose musical style complimented one another and whose heritage matched that of the label. This deliberate hoarding and nurturing of creative forces within a group dynamic has breathed new life into the label; and allowed Lekebusch the creative time and space to approach his own work in a less pressurized environment. The result is Lekebuschs twentieth studio album. The story of this fourteen-track album began almost immediately after the release of Lekebuschs previous LP in March 2010. Keen to create a body of work that had its roots firmly planted within a set musical concept, but that did not stray too far from the DJ-orientated world that Lekebusch has called home for as long as techno was called techno, a project began that would take shape slowly; eventually forming and coming sharper into focus as time passed. Created using a blend of analogue and digital machines, each track was formed by manipulating one bar patterns. These patterns, shaped from Lekebusch's own bespoke sounds, were arranged and documented using hands-on recording techniques to lend each composition an organic, live aesthetic. By utilizing such practical techniques, the physical process of writing the tracks naturally lent itself to support Lekebuschs theoretical vision for the album. The limits imposed by his one-bar concept ensured Lekebusch got the experimental feel he was searching for as his arrangements became more abstract. By live recording sections of each track his hands were literally forced to select from a limited range of options, thus lending each track a stripped down sound, without the temptation for many embellishments, leaving space within each track for DJs to further manipulate the sounds via their own layering or edits. Finally, the combination of all these self-imposed limitations engendered further frequency experiments that created in-your-face, almost claustrophobic soundscapes that would challenge listeners in the way that Lekebusch wanted. The results of such conceptualizing are evident thought the album, albeit in subtle and unobvious ways. Perhaps the most interesting result came with Ultraterrestrial that was the result of a recording a studio machine playing pre-set patterns randomly to create a genuine symbiosis between man and machine. Elsewhere, the track Ghost Notes take advantage of Lekebuschs frequency experiments by recording the subtle effects on notes when combined with different keys and recycling the sonic byproducts within the track; where as the epically proportioned title track, with its vocoder Cylon voice invites the listener to move closer to the wave generators to receive the proclamation that You Are A Hybrid Too; reinforcing the assertion that there is a message contained in this album that has been placed within to be absorbed and not just heard.

You Are A Hybrid Too