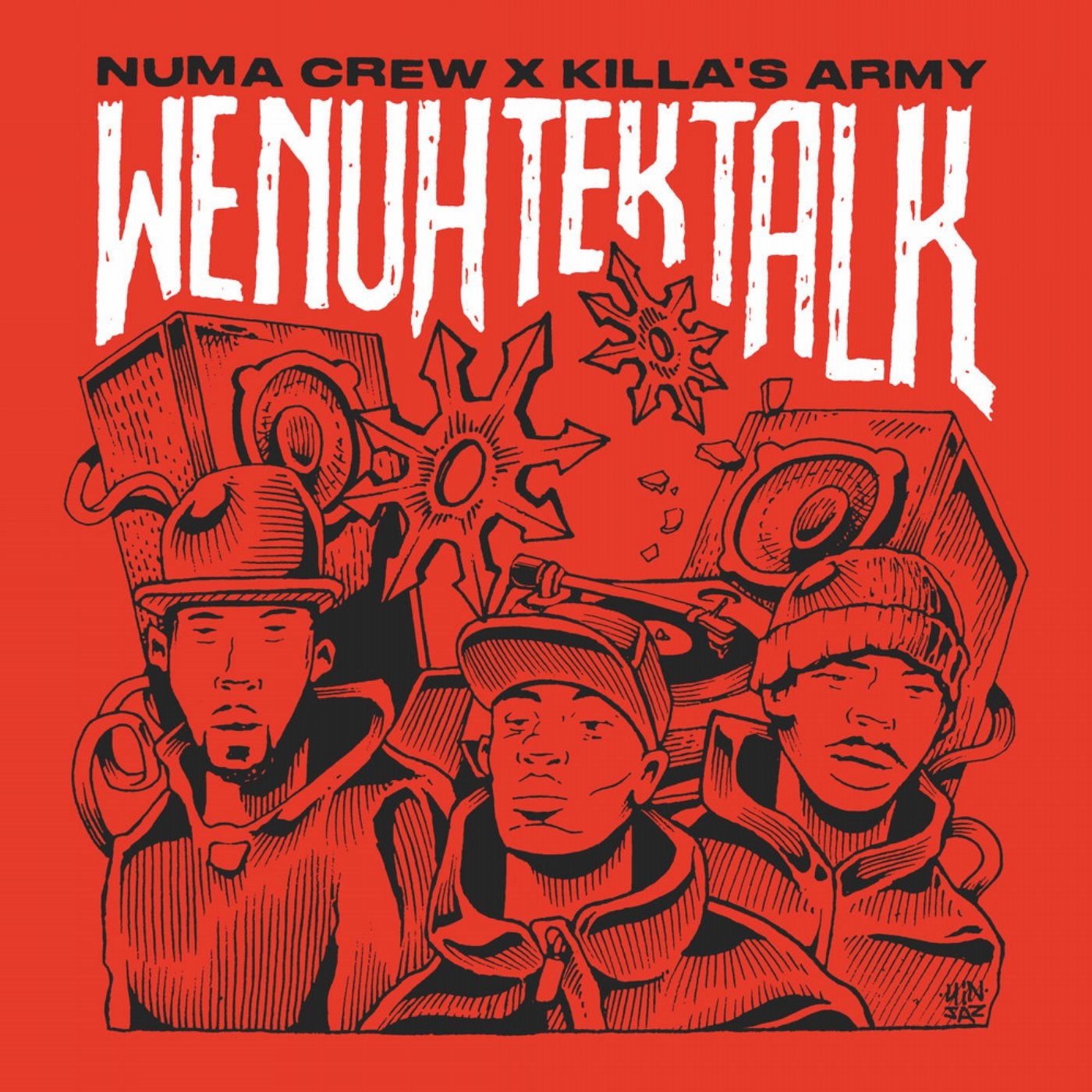 Numa Crew and Killa's Army join forces on this banger that will represent the first release of the brand new label Numa Recordings.
The first release of Numa Recordings is all about a Mediterranean and Jamaican alliance, an explosive blend of grime and reggae vibes.?
Killa's Army is a crew from London formed by Killa P, Irah and Long Range, one of the most powerful trios in the contemporary UK Grime scene, their own original style is distinguished by a "heavy" Jamaican dancehall & reggae influence.
The italian collective Numa Crew has developed their unique sound over the years, ranging from dubstep to jungle, through a limitless exploration of the different styles in the wide spectrum of genres in the UK underground scene. In the production of "We Nuh Tek Talk" lies the essence of this musical journey.