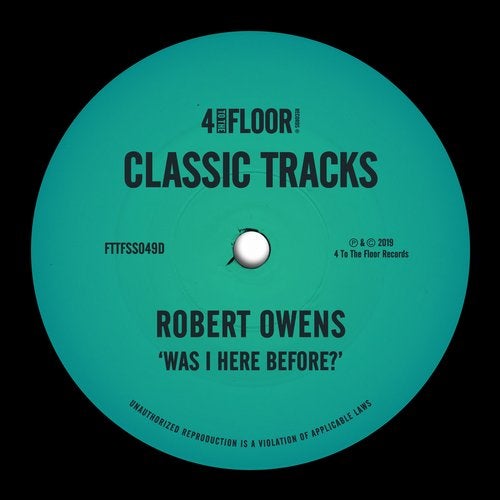 Robert Owens, one of the names closest associated with the golden era of classic Chicago house, has been involved with some of the greatest records of the period such as his solo 'I'll Be Your Friend' and featuring on Frankie Knuckles and Satoshi Tomiie's 'Tears'. Now his 1993 classic 'Was I Here Before?' has been re-packaged for 2019 dancefloors by 4 To The Floor, featuring his own Classic Mix, produced by Chicago legends Godfathers Inc., aka Adonis, Farley Jackmaster Funk & Chip E, alongside a range of dynamic remixes. Highlights from the package include the opening Fire Island Vocal, with a rubbery bouncing bassline and impassioned vocal that gives that signature Fire Island sound. The Ambient Dub mix with its swirling synths and hypnotic instrumentals delivers an afterhours gem, and the Gyro Disney Mix, provided by Ollie Dagois, combines soft keys with a driving bassline to add further versatility to the release.


Robert Owens 'Was I Here Before?'

Was I Here Before?