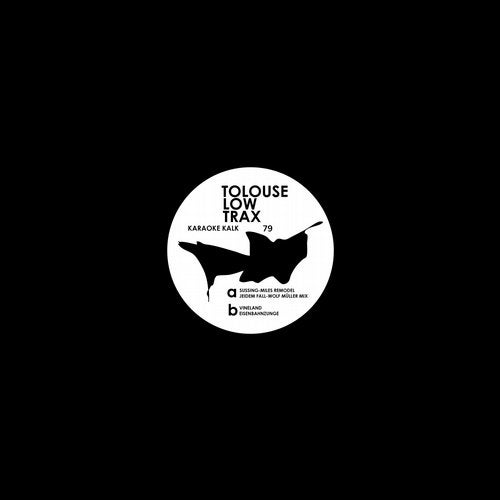 "Well recommended for the freaks" the Manchester based independent music specialist Boomkat ones finished a review about a release of Dusseldorf based DJ and producer Tolouse Low Trax aka Detlef Weinrich (also known as one fourth of the German avant-band Kreidler). What a freak distinguished we do not really know - we just assume he walks this world on a different path. Tolouse Low Trax surely does! The latest evidence of this fact are four tracks of whom two are remixes by befriended artists, and two are coming right out of the middle of Tolouse Low Trax's very own sense for odd and catchy grooves. His friend Miles, also know as one-half of the experimental industrial techno and dark ambient duo Demdike Stare, puts hand on the track "Sussing", originally released on Tolouse Low Trax's latest album "Jeidem Fall" in 2012. He covers it with an enigmatic, shadowy veil in terms of sounds, space, and obscure driving arpeggios in order to give the track a "brighter haze" feeling. A subliminal hypnotic transformation that swings with a unique dark and demanding drive. The second remix was done by Wolf Muller, a Dusseldorf based musician that released two highly acclaimed EPs on the German DIY label Themes for Great Cities. His profession as a percussionist calls the tune as he mutates the original track "Jeidem Fall" into a tribal celestial dance tune that jacks with an Afro-Baroque elegance. Also the two EP contributions of Tolouse Low Trax himself move on very different terrains but seem to come out of the same experimental laboratory. With "Vindeland" he delivers a track full of dark synthlines and drunken shuffled patterns that morphs into a nervous soigne sensation. In contrast his arrangement "Eisenbahnzunge" starts with a celestial arpeggio until a strange alienated voice appears and everything melts layer by layer into an elliptical ambient experiment beyond the usual definition. Both tracks are deeply rooted in Tolouse Low Trax's very own spontaneous minimal hardware approach of producing bold, hypnotic dance-not-dance music that shall not only illuminate the so called freaks!