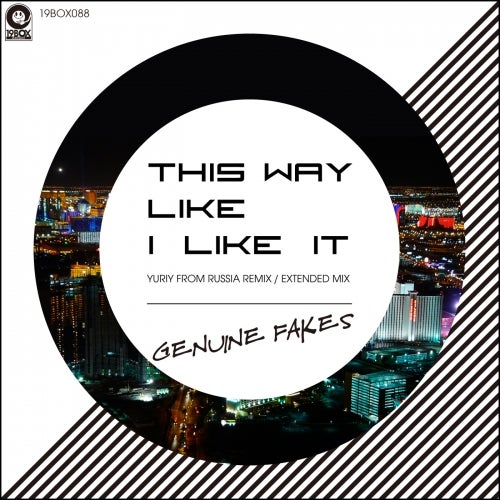 The 1980's-influenced jazzfunk sounds of 'The Way Like I Like It' from Genuine Fakes is next up on 19BOX RECORDINGS. 'The Way I Like It' has been taken from his second album entitled "Fake One" and we have provided an extended mix for the single release.On the remix front, we have one of the hottest emerging producers from Russia, err, Yuriy From Russia. He's been busy releasing tracks and remixes on labels such as BAROQUE, CLINUQUE RECORDINGS, PLUSQUAM, READY MIX RECORDS, METHOD, SICK WATONA, PROTON and BONZAI PROGRESSIVE just to name a few. His mix delivers a progressive vibe sound laden with deep house elements.