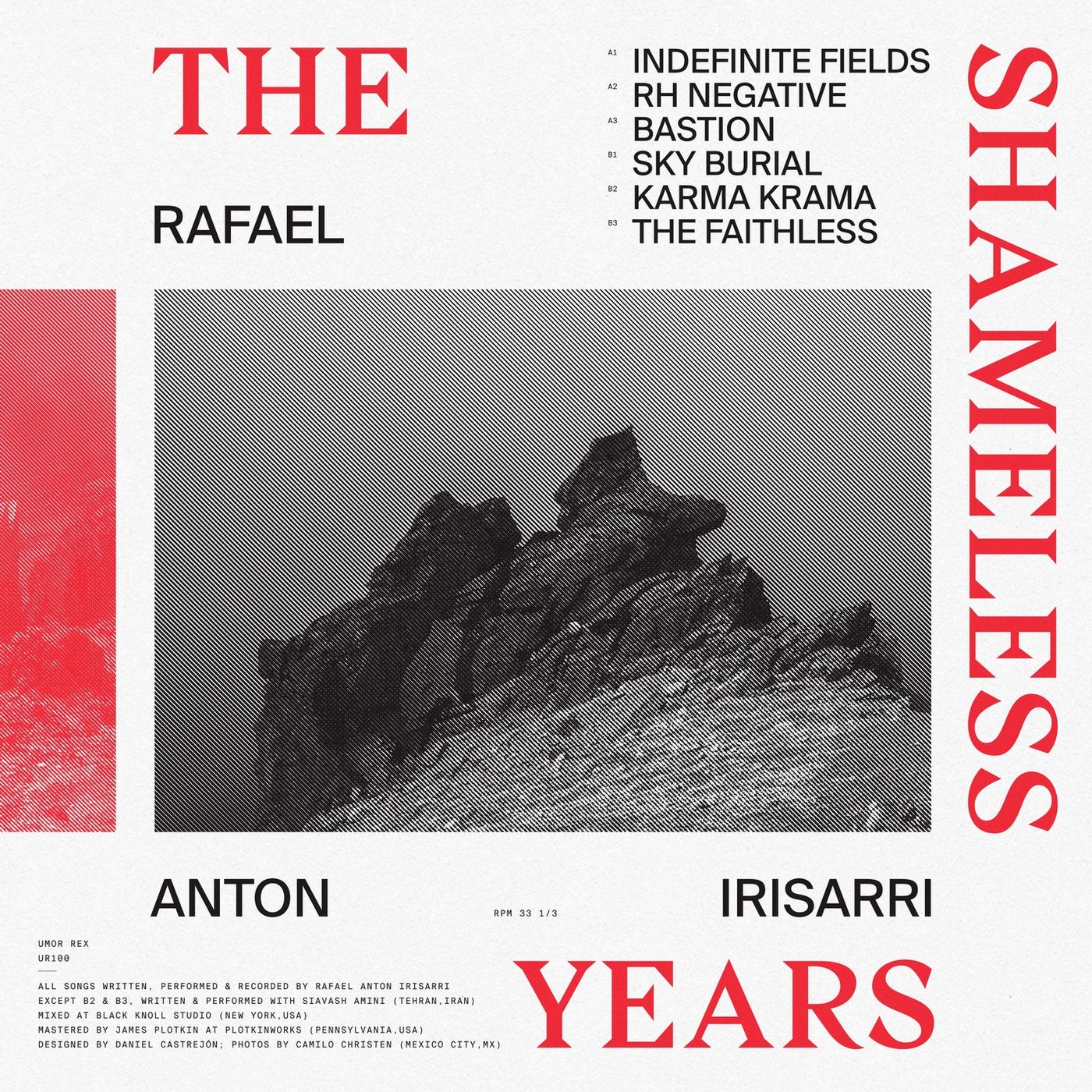 Post-minimalist American composer Rafael Anton Irisarri makes his Umor Rex debut with his new album, The Shameless Years. Inspired by a troubled socio-political climate, buried melodies punch their way through a bleak cover of noisy drones, periodically veering into some of Irisarri's most eerily pertinent music to date. One of Rafael Anton Irisarri's most thematically and sonically cohesive records to date The Shameless Years came together in a relatively short burst of creativity starting at the end of 2016. Rediscovering some relatively older tools - namely Native Instruments' Reaktor, Absynth, and Kontakt software - Irisarri combined them with his collection of guitars, pedals, amps, and analogue processing gear, turning his Black Knoll Studio north of NYC into a powerful writing tool. Completed quickly by Irisarri's standards, let alone during a period of social upheaval in American society, the record faces down several key personal themes. The title, suggests Irisarri, could in fact be seen as a reflection of the era of shamelessness we're currently living in; a time of fake news and alternative facts. Two tracks were completely remotely between Irisarri in New York and Umor Rex veteran Siavash Amini from his home in Tehran, Iran. This music came together at the peak of all the anti-Muslim and anti-immigrant rhetoric happening in the USA, not to mention the banning of Iranians from entering the country, explains Irisarri. The diptych with Amini, 'Karma Krama' and 'The Faithless', seems bathed in additional waves of sorrow and dread. The wash of symphonic stormclouds of synth drones and processed notes on the latter gradually appears and disappears over the course of thirteen mournful minutes. 'Rh Negative' marches gigantic guitars through towering valleys of scarred ambient noise dealing with Irisarri's own heritage, many of his ancestors having come to America to escape poverty and oppression. The refusal of modern America to extend similar sanctuary to refugees escaping turmoil weighs heavily on the composer. Elsewhere an emotional onslaught of notes buried in mounds of greyscale noise on 'Sky Burial' aims to deal with Irisarri's very own mortality -- something he was recently confronted with following health scares, an accident, and a near-death experience in 2016. Pushing 40 as this album was being made, the composer is constantly aware that he's already outlived his own father, who died at the age of 32. Facing down both intolerance and the void, the epic soundscapes of The Shameless Years are a vast cry of emotion from Irisarri. The clock is ticking - gotta make the most out of it while you still can. All songs written and performed by Rafael Anton Irisarri, except #5 & #6 written and performed with Siavash Amini. Design by Daniel Castrejon, photos by Camilo Christen. Mastered by James Plotkin.