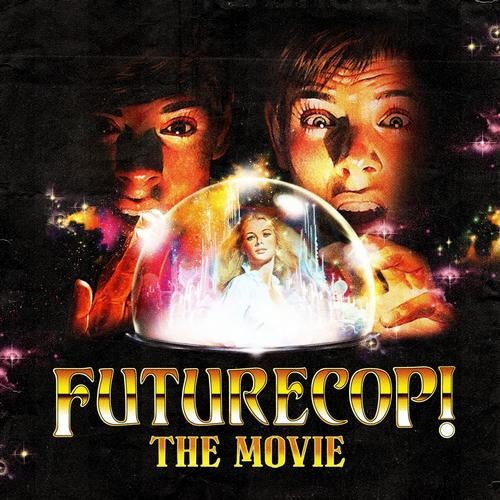 Imagine riding a unicorn through the clouds, towards the Northern Lights whilst wielding a lightsaber and simultaneously transporting the listener directly to both their childhood past and their future!

Futurecop! is a whole world of creativity. Futurecop! are electronic musicians that has broken down boundries and genres, with a huge following from creative minds whether musicians, graphic designers, movie directors, video developers. They have toured from Australia to the United States with their self - proclaimed 'Big Room Synth House' inspired DJ Sets, retro movie inspired electronic live shows, they've set up their own contemporary art gallery in Manchester called VOX, and even appointed by interior designers for adding a futuristic vibe to nightclubs (see www.cinnabar-manchester.com). They are currently working on a new clothing line.

Futurecop! are electronic musicians which through their creativity have spilled to many genres whether its their massive punk following from working with 3OH!3, Fallout Boy and Cobra Starship, or from producing Theopilus London's Hum Drum Town in a hip hop genre or to the big room house genre where they recently gained the attention from major artists like Tiesto who has been playing their remixes in the middle of big room house music in his 2011 tour and also Ministry Of Sound - Radio! It seems like everyone can relate to Futurecop! 'We are not any genre, we are simply electronic musicians: wherever we go, whatever we hear and see influences us, our minds are open to everything especially our past, present and future, so we are always changing however that certain Futurecop! signature sound will always stay in our work. We are extremely happy that the music gets picked up by people like Tiesto to Cobra Starship to Theopilus London, we make music for everyone.'

The Futurecop! project attempts to capture a sound, influenced from 80s TV culture, nostalgia, fantasy, sci-fi and childhood imaginations. Their sound is sexy, magic, futuristic, electronic and heartfelt. `All our music is made because it's fun, its creative and keeps us happy, and its not just electronic music that influences us, we love all types of music that has something heartfelt in it' and thereby even though Futurecop! do create a unique new style of electronic music, its still a sound that all walks of life can relate to and enjoy.

January 2012 see the release for their first full length worldwide album soundtrack for `Futurecop! - The Movie`. This soundtrack is a selection of 13 original tracks created for a Futurecop! Movie. `We have many tracks that have been flying around the internet since 2008, and recently we had a massive demand from fans for a return to soundtrack inspired tracks plus fans found it hard to find our music all in one place, so we just wanted everything we have done to find a home in this release plus we included brand new tracks too for the hardcore fans to love.'

WE ARE THE FUTURE!