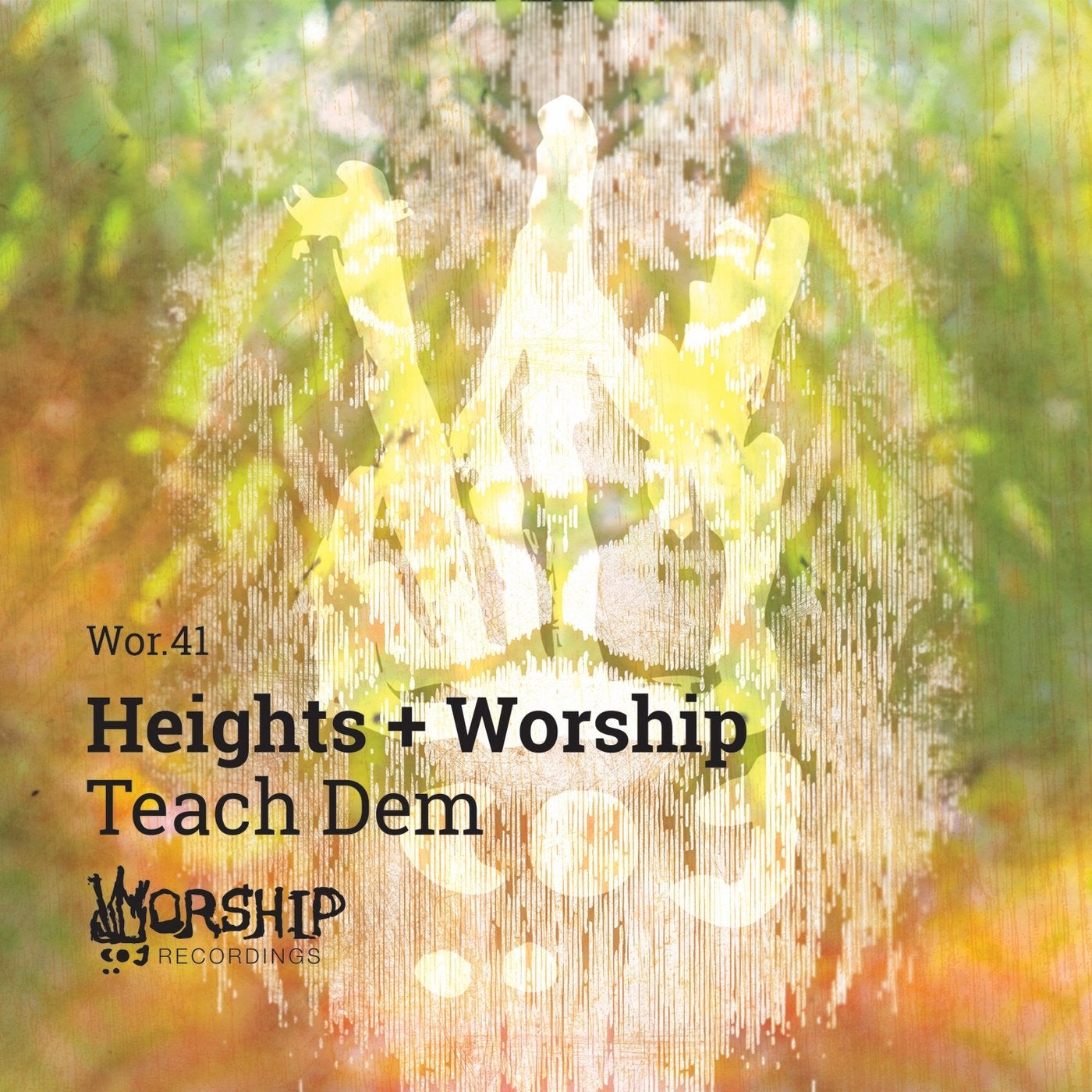 Heights + Worship consist of Ras Heights of Ital Sound System, and Rob Paine of Worship Recordings and Solomonic Sound System fame. Both have deep roots in reggae and electronic music, with decades of combined prowess in production, selecting, engineering & event production. Rob Paine came to worldwide prominence after founding Worship Recordings, quickly becoming one of the leading lights of dub house and dub techno, both as a producer and label boss. Deep Space, Fabric, and key events from Mexico to London to Jamaica and long-running residencies in Philly and DC have cemented his rep as a true visionary and innovator, pushing the sounds of reggae, house, and techno together from day one. Here the duo are bringing their track, Teach Dem Dub, back home to Worship Recordings. The Dub version of the track was originally released on the Portland based label ZamZam Sounds on 45 vinyl, and it immediately sold out! Since its release back in January 2014, the single gained a plethora of notoriety and was reviewed on mixmag.com in the month of March. Mixmag scored the track a 9 out of 10 and commended Heights + Worship on constructing a piece of deepness that hasnt been heard in ages. First up on the remix package is Teach Dem (Extended Disco Mix). Heights and Worship take their dub masterpiece and formulate an extended 4/4 riddim for the club. The disco mix holds the vibe & elements of Teach Dem (Dub), but arms the original components with an unleaded, rolling groove. This groove will certainly keep any deep techno & dub enthusiasts on the dance floor well into the morning hours. Supplying an unadulterated expertise of dub is Brooklyn based legend Liondub. On the remix Liondub teams up with Brooklyn producer, Ticklah, who over the past decade has been a crucial component to the NYC music scene. Liondub and Ticklahs peace inspiring remix brings the tempo back down to the tracks original pace. The remix begins off slowly as it sways back and forth with attitude, but quickly the mood changes. As the bass collapses, a mélange of melody delicately unravels as you drift into a higher realm of the dub. Next up is Willyum’s (Shakedown Mix). Willyum kicks the tempo of the track into a higher gear giving it a slick deeper house feel. Will takes the chilled organ stab from the original and makes it the backbone of the track. The organ chimes in and out, feeling like the first cool breeze that hits you after hours of dancing. Supporting the melody is the rhythmic dexterity of the percussion, which commands the dance floor to slave over the riddim. Closing out the package is the original downtempo mix, Teach Dem (Dub). The Teach Dem (Dub) begins with a tribal flute that soars across the motherland, awakening the children of the sun to begin their education in Dub. This awakening is sparked by a cyclone of spinning symbols and high hats that introduce a thunder heavy kick drum. The bass line in the track dances poetically as a reverbed vocal sample kicks knowledge for the youth. The knowledge spoken in the track is complemented appropriately with a cool melodica in a Augustus Pablo style performed by Paine, that creates a sweaty condensation as the track slowly burns. DJ Support: Josh Wink, Onsunlade, Brett Johnson, Doc Martin, Someone Else, Vibration Lab, ZamZam Sounds