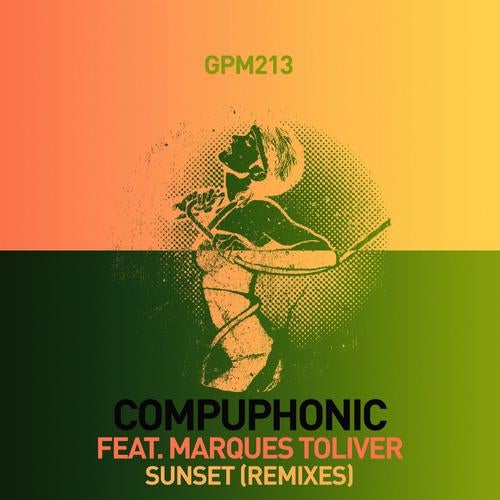 Released in July, Belgian producer Compuphonic's hazy, light dappled house track 'Sunset', has grown through word of mouth to become one of 2012's biggest underground hits, watched over 2 million times on YouTube. The track, featuring the plaintive vocals of Marques Toliver, is now set for a full re-release in February on Get Physical, backed with remixes from some of the most exciting names in clubland today. Fellow Belgian producer, Aeroplane, shows just why he's one of the most in demand producers around at the moment, delivering a remix that floats from the speakers, expertly capturing the warmth inherent in the original. Riding high on the back of acclaimed remixes for T.E.E.D. and Disclosure, London duo Waze & Odyssey inject their trademark house/garage bump n' grind into the track, whilst up & coming UK producers Aashton & Swift provide a sophisticated remix whose subtle dynamics, synths and piano are sure to soundtrack suns both setting and rising throughout 2013. Finally Get Physical's own David Keno and Fabio Giannelli each retool the track for dark Berlin dancefloors. David's percussive remix, adds a note of urgency to the original's laidback command to get 'Down to the Dancefloor', whilst Fabio swathes his remix in sepulchral synths, reverb and delay to create a disorientating mix perfect for losing yourself in the smoke and lights of a club. With releases on labels such as Tiga's Turbo, 20:20 Vision and his own Union Match Music, Compuphonic, aka Maxime Firket, has long been regarded by those in the know as one of Europe's best new producers and DJs. Now with the re-release of 'Sunset' and shows over the coming months at such prestigious events as Trans Musicales de Rennes, Eurosonic Noordeslaag and SXSW in the US, he's set to become one of Europes best known too.