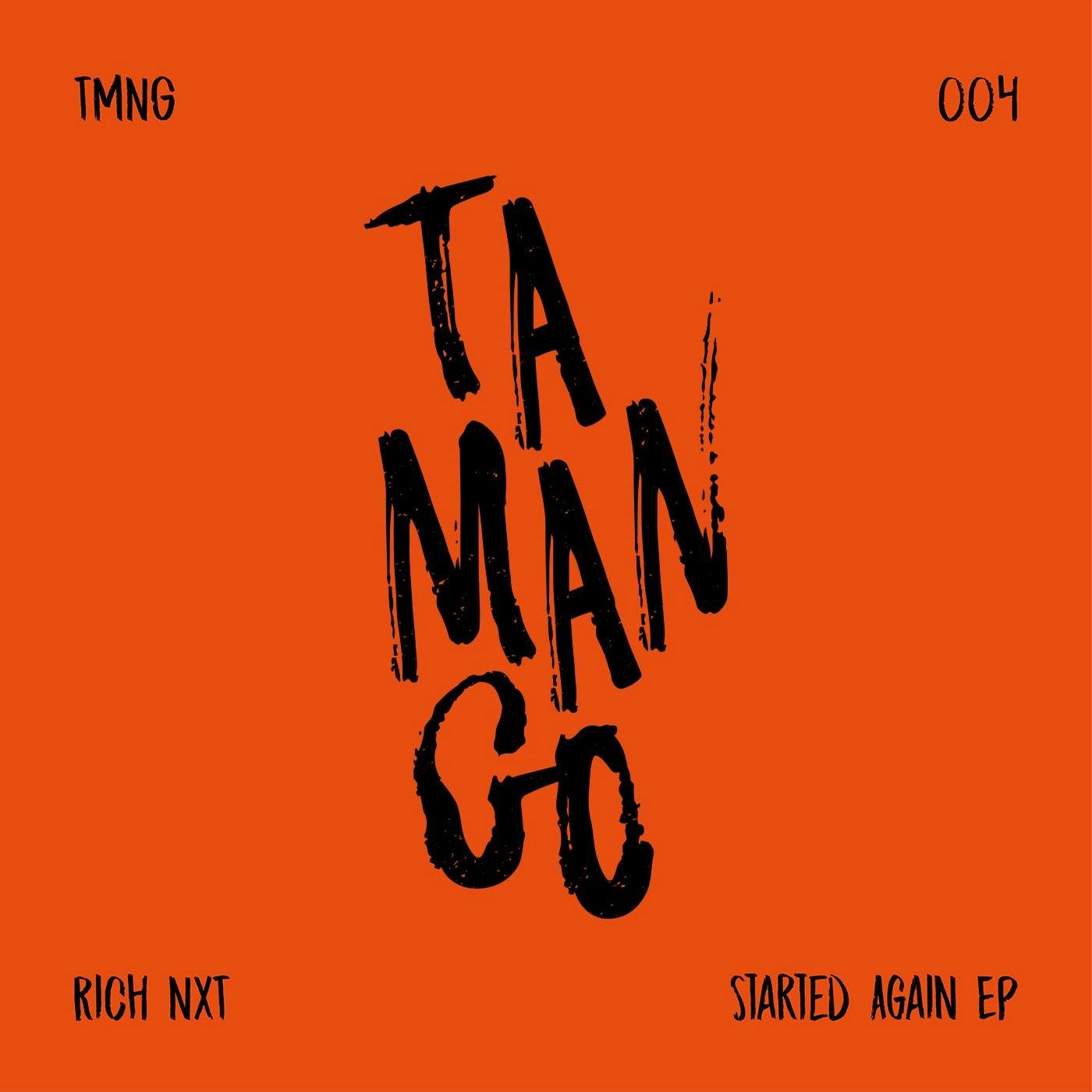 London based Rich NxT is up for the fourth release on Tamango Records with "Started Again", a four-tracker killer EP straight from one of the hottest name into the European circuit, which includes a remix by label boss himself Yaya. Last year was a big one for Fuse regular NxT who recently has also launched his own imprint called "NxT Records". His debut on Tamango is the evidence of his mastery on making raw and crispy beats infused with the mid-2000's London's rave touch.
The EP kicks off with "Started Again" where heavy stomping kicks, distorted claps and punchy rimshots are glued together by squeezing shots and a low and subtle melodic loop. This one is a true NxT trademark tool with a serious rough feel over it's almost-seven minutes ride.
A2 is about captain Yaya. After setting the label standard with the first 3 releases on his own Tamango, he strikes back on the remix duties. His version of 'Started Again' is a tribal percussion affair filled with mysterious filtered vocal shots and rolling drums. The pressing and rhythmic shakers create the right balance into the groove and led to vague synths and pad to move all over the track.
On the Flipside, 'Ashame' is the real deal on the EP. It's a direct and powerful tune with a super raw and rampant bassline where basement club vibes are at their best. Here Rich goes hard and direct with a peaktime roller full of electro-styled fuzzy synths, jumbled percussion, slapping pitched snares and freaky vocals to create a true dancefloor anthem, perfect to set the crowd on fire during the cold winter season.
Last track is 'Despect', a different tech house tool with an 'up&down' bubbling analog bass, breakbeat loop and infectious beats surrounded by strange and metallic background sounds and shots.