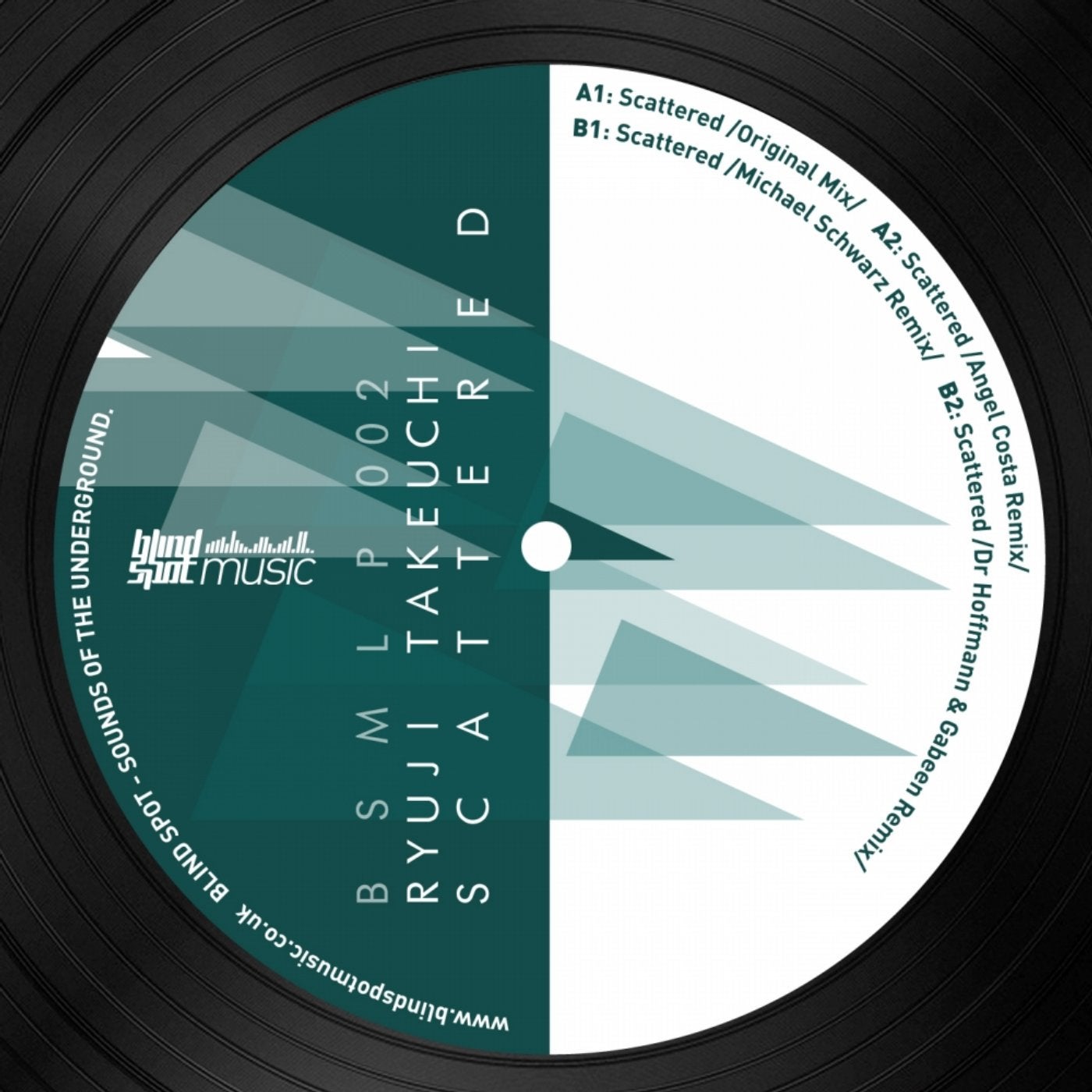 Here comes the second Blind Spot Music vinyl with some of our favorite techno artists on the board. The original track Scattered produced by the Japanese Ryuji Takeuchi it?s a proper peak time smasher. Ryuji after a few remixes is finally landing with an original track on Blind Spot Music. In the past techno fans have heard his unique style on various releases on labels like Nachtstrom Schallplatten, Sick Weird Rough, Huehelix or his own imprint Local Sound Network. On the remix duties are: Mallorca?s techno ambassador Angel Costa, who has released on some of the most prestigious labels of the techno scene such as CLR, Electric Deluxe, Micro.fon. The German Michael Schwarz, whose unique driving-techno materials came out on Driving Forces, Wall Music, Praxxiz and at last but not least Blind Spot?s very own Dr Hoffmann & Gabeen. The duo is infecting the techno scene slowly with their lethal sounds. The Scattered EP is not for the faint-hearted, because of the serious underground techno beats on it.