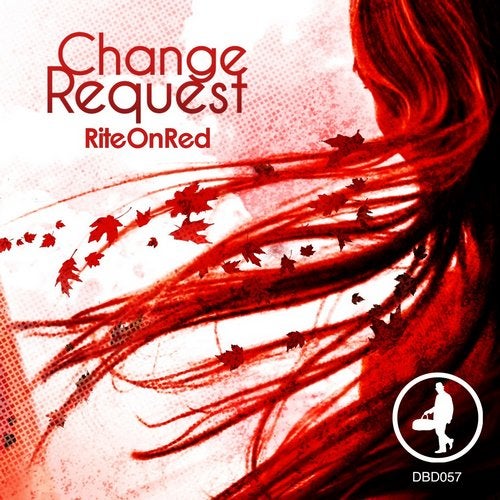 This ten-track album is an explicit emotive journey into the depths of love lost, heartache,  and tangled introspection. An eclectic musical voyage, ​RiteOnRed​ imagines a world of  musical noir, infatuation, and unrequited desire through its rhythmic posturing, sensual sonic  coloring, and languishing lieder.     Preluding with the synthetic tapestry of "Desolate Diligence", this tone poem envelops a  sense of introversion and absence, as it adds layers of harmonic texture. Evolving rhythmic  arpeggios of percussive, this song establishes the tone of this long play, cultivating a musical  mantra of abandoned endearment.     Ascending from the depths of solitude, "Prelude a L'apres-midi D'une Penseee" arrives as a  metric pace setting gesture, invoking a broken beat, futuristic rhythm & blues journey.  Breaching a visceral sentiment of sustaining sub-bass, this Prelude catches its breath  momentarily to switch harmonic gears before recapitulating its initial affirmations.     Pushing up the metric motion into 80s electric funk territory, "Retour Vers Le Futur"  incorporates layers of Minneapolis Sound percussive polyphony as the bed, contrasting the  sultry electric piano harmonic patterns. Invoking a sense of longing and passion, the future
returns as the musical breaks pause to establish a atmosphere of uptempo blues, cast  against a distinctive groove of dynamic boogie.     Embarking onto new compositional territory, "Her Noble Spirit" recreates a mid-90s Bristol,  UK-styled Drum & Bass aesthetic, summoning the spirits of Roni Size and Reprazent. From a  contrasting deluge of drum patterns of syncopation, a disjointed FM bassline emerges, giving  way to a spoken word sermon about the nobleness of the human spirit. An insightful  narrative reminder that self-determination, optimism, and intention are virtuous daily  exercises in mindfulness, humility, and benevolence.     Diminishing the meter and atmosphere down to a cadence of love tempo, "The Vanity Of  Virtue", evokes an ever-growing ardent infatuation within a new love interest. A playful  teasing of a backbeat cycling in and out, this lustful melodic voyage continues to push and  pull it's innuendo, accelerating to intervallic climax.     A sensual sedative, this twisted take on Acid Jazz, "A Cajual Prescription" takes an off-kilter  rhythmic idea and Jazz drum loops to the next level, transforming them into a polyphonic  spree of soulful shimmering synthesis.     The fleeting nature of momentary bliss never remains ecstatic for very long as "Symphonique  Fantastique" succumbs to a submersive state of musical melancholy. Combining a pensive  groove—reminiscent of Lipps Inc. and 80s Danceteria—evolving pads and sequential strings  keep the trite delicateness intact, as this mid-tempo number symmetrically dismantles its  structure, inversely, to the same fashion from which it materialized.     Eschewing even more boogie vibes, "La Puerta Para Siempre" takes its percussion  programming inspiration straight out of Beat Street. An orchestration of filtering chords and  a syncopated bassline meets an intersection of synth lead arrangements this up-rock groove  keeps the forward harmony in motion, paying homage to the great Teddy Pendergrass, as it  closes the door with motif fragmentation and variation.     Unrelenting in its dismay of heartache, "The Rite Of Maple Leaves", orchestrates an  amalgamation of acoustic pianos, synth pads, and spatial design, alongside soaring  Oberheim leads sitting atop a bassline so sanctified, it prays for forgiveness. As the  once-sweetness of maple leaves devolve into a bittersweet aftertaste, this musical musing of  resentment transfigures into a lyrical orchestral string arrangement, subtly decaying its once  shimmering decadence. The cavernous high-brass penetrate this sonic tapestry, their  presence ever-resounding, dissipating into a fanfare of forfeiture, the trumpets eventually  conclude this concession.    An emotional sonic return to ​Da Capo​ from which ​RiteOnRed​ began, "Nocturne de L'amour  Rouge" conjures up a sentimental state of torment. As the romantic exhilaration of new love  has faded and passion furloughed, only the distant memories remain, as a harsh reminder of  the impossibility of probability. Distant sustained strings and piano fugues converge, framing  this false illusion of love, into a constant lament of anguish and cadencing consequence.