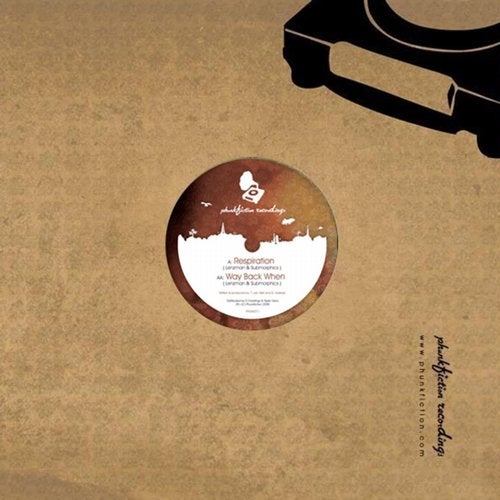 The next 12inch on Phunkfiction features two of the hottest outputs on the scene at the moment. Lenzman from the Netherlands and Submorphics from the U.S. have both signed tracks to labels like Spearhead, Integral, Fokuz, Intrinsic, Phuzion, Future Retro, Vibez, Cymbalism and many more lately.

They now teamed up to produce a massive 12inch release with two deep and soulful rollers which will brighten up the d&b dancefloors all over the globe. Respiration sets you into an Al Capone cigar mood immediately by playing around with jazzy vibes and instruments all the way through. Way Back When is driven by an epic strings arrangement and funky vocal bits. Both tracks get heavy DJ support by ones like LTJ Bukem, Marky, Nookie, Makoto and many others which shows impressively that these boys are on fire.

Respiration / Way Back When