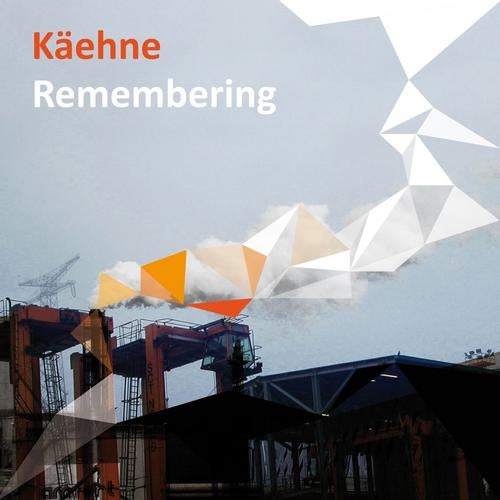 Kehne - Original mix. New track out of Copenhagen from Kehne and this time it's delivered with great remixes too. Remembering is a mind traveler track that shows great skills in sound design and sound combining. We have been looking forward to give you this release and hope it will bring you many great moments. As his last release we are still in the melodic site of things where industrial sound settings flow together with nice synth work. Kehne has been involved with the Danish music scene for many years. In 1997 he began DJ-ing at the famous Copenhagen club "Krasnapolsky", home to some of the best DJs around at the time. In 1999 Kehne decided that he would make his biggest party ever in Denmark, and inspired by the German Love Parade he then founded Rave Parade. The first of its kind in Denmark ever, and it gathered 20.000 people at the Town Hall Square in Copenhagen. Rave Parade became a success that was repeated in 2000 and 2001 along with 2 singles "Rave Parade 2000" (FlexEMI Music) and "Rave Parade 2001" (Bigstar records). Back in 1999 Kehne also hosted his own weekly radio show, "The Techno Hours", every Saturday night. In 2000 Kehne was hired by EMI Music as A&R assistant at their electronic sub-label Flex records, where he also functioned as club promoter and right hand man of label manager Kenneth Bager. Today he releases tracks as an solo artist in the styles of Techno, Dub and Minimal. Facebook: https:www.facebook.comKaehnemusic Web: www.kaehne-music.dk Reggy Van Oers - Remix. If you are in Berlin at 10 of May you can check out Reggy Van oers playing at tresor. We are very happy to have this great artist contributing with his own version of "Remembering". Reggy is moving in the dark end of techno and knows all about creating nice atmospheres and right on techno tracks. After his First release Metzaon Trapez Ltd (sublabel Traumschallplatten) in 2007 he got great feedbacks from out the globe. Soon after his debut EP he released Mataron Field Records that was licensed to Manual Music. His Sabre EP was released by Germany's label Affin. Real Desert Fish and Boldarani followed. On Tongut Records the Myst EP appeared as a solid 3-tracker, less melody but arranged with dark vocals and stirry atmospheres. His music is focussing on deep evolving grooves, swirling almost hypnotic melodic elements en all tackled by a steady beat. Audiolog - Remix. Audiolog is a Copenhagen based techno producer and DJ. He is mostly known in the Copenhagen electronic underground under the name Von Loops, a techno duo with his long time friend and mentor Larry Cool. In 2010 he began producing his own tracks under the name Audiolog. He is known for his great live acts and has performed at events in Denmark, Sweden and Brazil. Audiolog's style is inspired from old-school Industrial to modern techno and house, which are the key elements to his unique style. Hope you will enjoy this great remix of "Remembering". I Am A Robot But That's Ok - Remix Producer of electronic music from HannoverGermany. Producing experimental sounds and Techno, Dark- Minimal and Dub-Techno or sometimes Electronica and Dubstep under the artist names "I am a robot but that's ok" and "Melancholia Sound system" . He prefers every kind of electronic music and also other forms of good music like Industrial, Krautrock, Ambient, early Hip-Hop and some older influences. Feedback: X-Press 2 Skint Reminds me of Mundo Muzique on R&S. Nice tune. Original mix best. The Advent Labyrinth, Kombination Research very smooth: Kehne - Remembering (Reggy Van Oers Remix) M.A.N.D.Y, Booka Shade, DJ T. promo assistant will download. thank you for good music! Joris Voorn (Green) Great remix by Reggy! Toe DJ Mag Germany nice tracks Danny Howells (Global Underground) Melodic with a nice after hours feel in the main mix. Remixes sound cool too .. nice package! Jens Holmes Nightcode, Urgent.fm Excellent remix by Regi VAn Oers...airplay most def!! Angel Santos DJ Mag Spain Very nice! Thanks. Tim Schfer [030] Magazin; Musikgalore; Doktor Spree Like it! Eva Pacifico (Ibiza Global Radio) first 30 sec of audiolog remix I'm invisible, I'm invisible....:D any reference to existing songs is casual! ;) loving it!!! its flying off in hyperspace.....will blast it in the dance temple! kittikun (Kittikun Minimal (JP)) Awesome release, will air on the radio this week. Russell Deeks (This is Why We Dance) RVO remix is nice and atmospheric. Christallization Radio Show nice release guys, thanks. Hello Humanoids, Bons (Proton Radio, Proton Limited, Proton Music) i love the original!! Anthony Pappa Cool EP. Best track here is Rememberring - "Reggy Van Oers Remix". Thanks. Digital FM Nice EP! THX DFM Mikey Breaky (Flirt 101.3 FM) Liking the Reggy Van Oers and Audiolog Mixes here good EP thanks for the music.