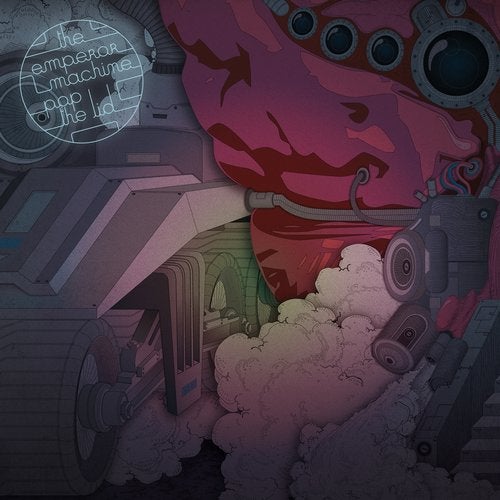 Returning to the Southern Fried home, machine loving disco oddball Andy Meecham aka The Emperor Machine is back with a new single from his album, and it comes ahead of a full new EP in 2015.

'Pop The Lid' comes with remixes by hotter than hot international talent Jacques Renault, with whom Meecham has also collaborated on a new EP forthcoming on Jacques' 'Let's Play House' label, and will come in the form of a hand stamped and numbered white label 12", limited to 300 copies.

The Emperor Machine has been busy off the back of his latest album, Like A Machine, released back in May: he's continued to play around the world, has remixed Groove Armada's 'Look Me In The Eye Sister' for their Little Black Book album forthcoming on Moda Black and still sounds like no one else when it comes to off kilter and psychedelic disco sounds.

'Pop The Lid' is a full fat, hugely colourful nu-disco gem with thick, twanging guitars, proper vocals delivered with lots of style and attitude and louche drums that couldn't be more inviting. Arp'ed melodies step up though the scale, whirring machines add texture and the whole thing is a masterpiece.

As well as an LP edit, Renault steps up with slightly more pumping, dancefloor aligned versions that are riddled with withering synths, shooting chords and perfectly DIY percussive sounds. He layers the vocal in effects and filters to lend a spacey feel and also turns out a vintage instrumental version.

This is modern disco at its finest and is a nice teaser ahead of some brand new music from the one and only The Emperor Machine.