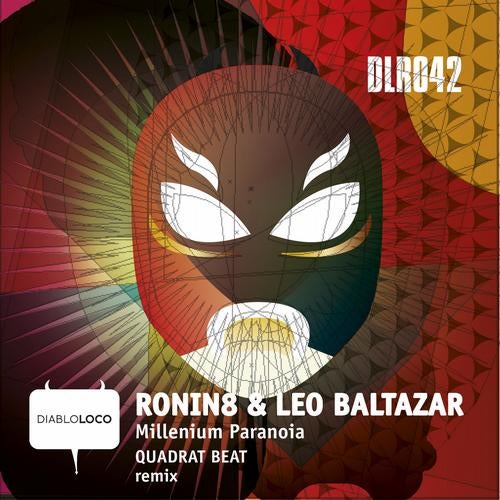 RONIN8, the legenday Luchador known also as Red Fire, was sentenced to prison during his staying at the island of Santa Esmeralda. Though he was imprisoned, his natural abilities allowed him to develop extraordinary skills within the prison's walls. He read as many books as he could get his hands on, built up his body in the prison's gym and learned to fight in the merciless school of prison life. Because of the cultural and supposed geographical location of Santa Esmeralda, Ronin8 knew how to speak English, Spanish, Portuguese and Latin. Despite his circumstances, he found teachers of various sorts during his incarceration, ranging from hardened convicts to an elderly Jesuit priest called QUADRAT BEAT. He committed his first murder at the age of eight, stabbing a criminal who wanted to use him to gain information about the prison. During his years in prison, Ronin8 carried a teddy bear he calls LEO BALTAZAR, whom he considered his only friend. It is revealed that Leo has a hole in his back to hold a knife that Ronin8 used to defend himself.