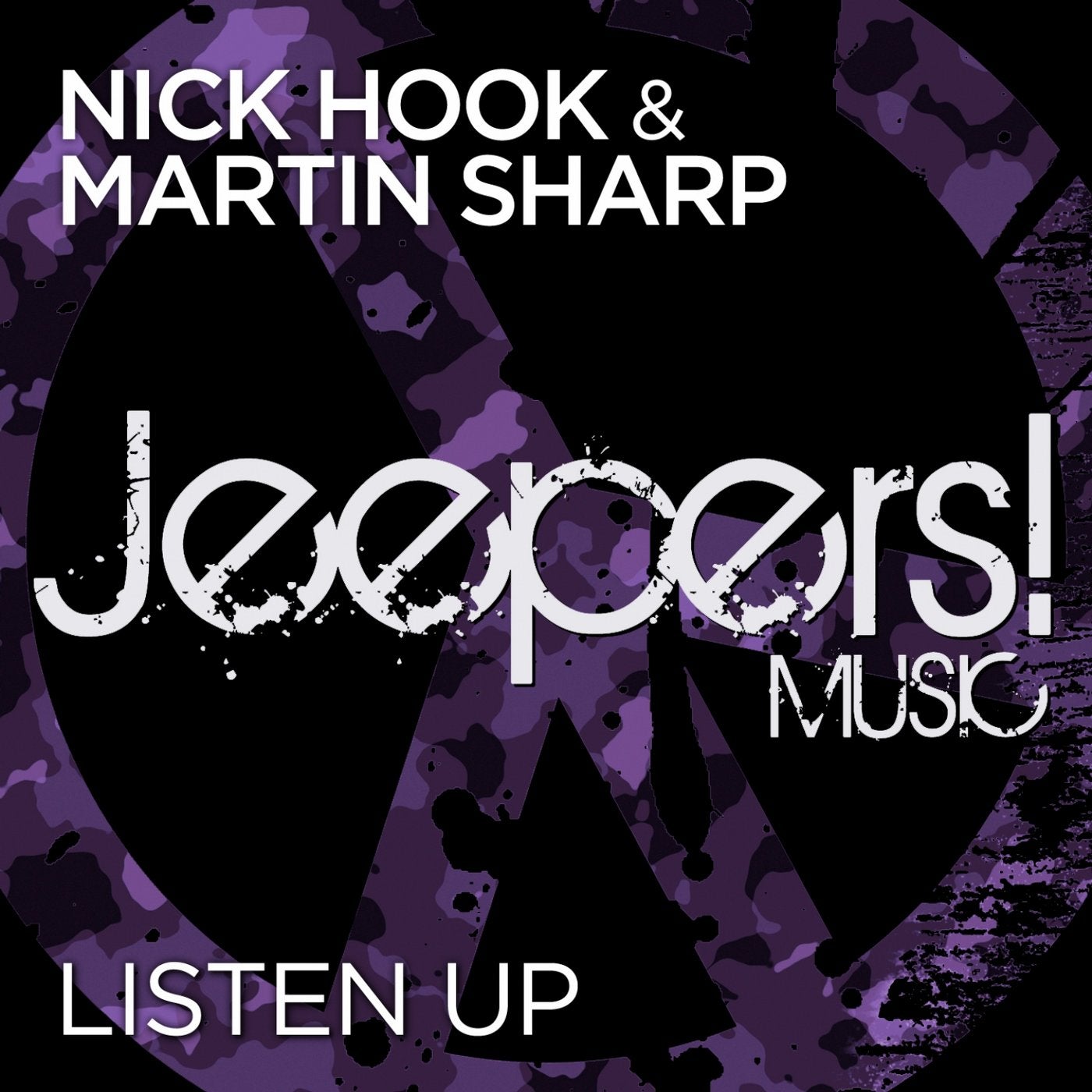 'Listen Up' is a peak-time house track with filtered disco strings and stabs, massive drums and a big funky bass line. Nick Hook & Martin Sharp are on-a-roll with their productions at the moment, and this track is up there with some of their best work.

Nick Hook and Martin Sharp have been making house tunes together since the early 90s. They initially produced together under the name First Life and created the progressive house classics 'Be One Of Us' and 'Love Bomb', which were massive for Sasha and Jon Digweed. First Life also did the two mixes of 'One Earth Beat' that appeared on Jon Digweed's Renaissance 2 album.
Since those early days they have notched up more than 160 releases between them, on some of the biggest house music labels, such as FFRR, Om Records, Cream, Distinctive, Whartone, Zulu Records, Whore House, Whoop, Hooj, Stress, Plastic Fantastic, React, Phonetic, Pacha, Loaded, Limbo, Housesession, Lost Language, Motion, DMC and, of course, Jeepers! And they continue to make the house music they love.

Another top-notch release from Jeepers! that's guaranteed to get your dance floor jumping.