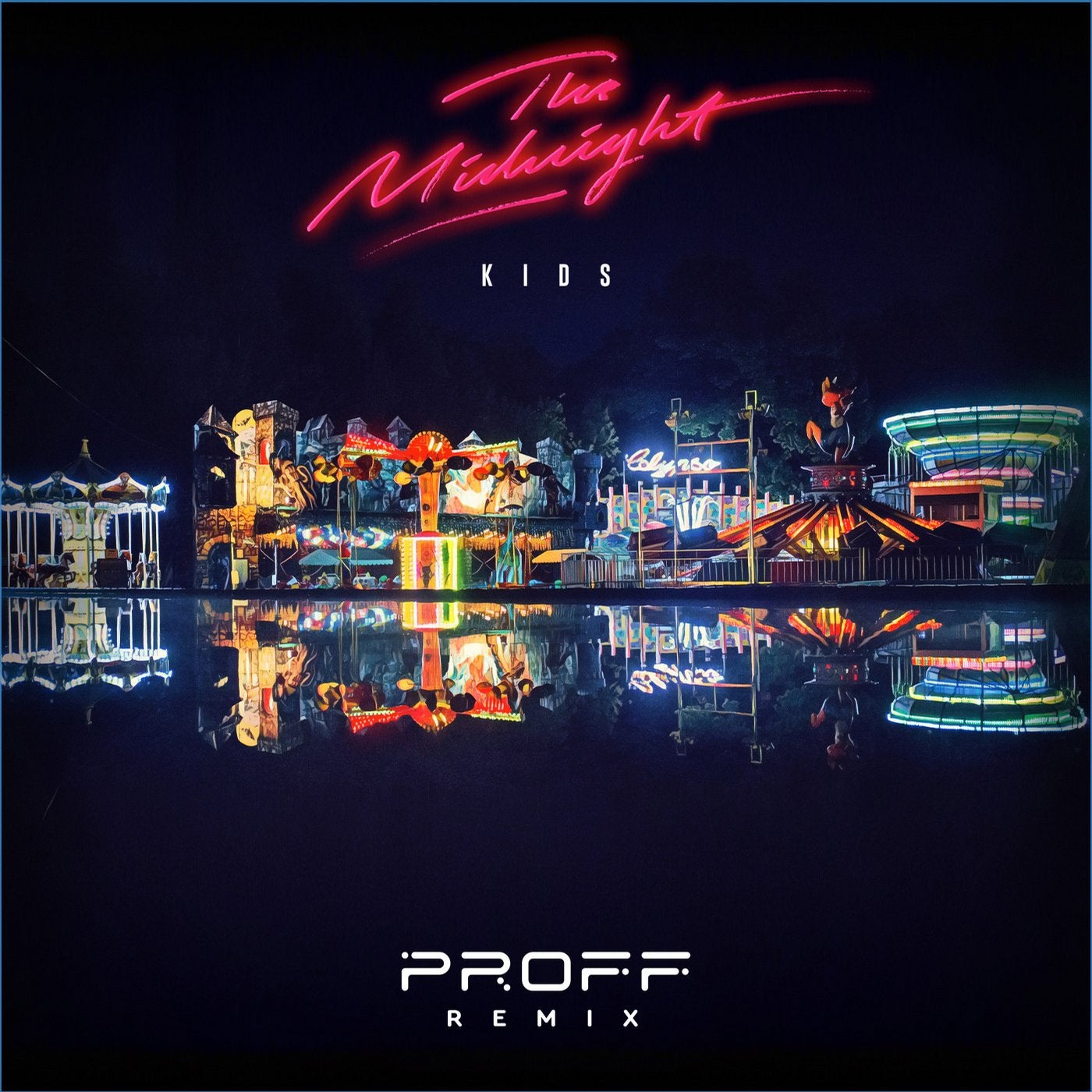 The third and final single from our forthcoming "The Midnight Remixed 02" album showcases a remix from PROFF, the one and only artist featured on this release to have also appeared on the first installment of the 'Remixed' series. More specifically, PROFF's interpretation of The Midnight's "Days Of Thunder" (under his Soultorque guise) proved to be a standout from the last edition, so it seemed well-advised to give the Russian phenom an opportunity to reinterpret one of The Midnight's equally beloved, but more recent productions. The result, a "Dub" take on The Midnight's "Kids," is an exceedingly groovy and suspenseful progressive house anthem that pays homage to the late-night, noir-influenced side of The Midnight's songwriting.

PROFF's remix of "Kids" begins with a foreboding intro, centering on a heavily filtered rhythm and the faint echoes of the song's moody background pads. The monster, previously lurking in the shadows, arrives at the quarter turn in the form of a thunderous bassline, which propels the remainder of the tune. As the arrangement patiently crescendoes, we begin to hear the distant voices of the choir from the original version of the song: "Kids are sad, the sky is blue / There are monsters in the spare bedroom." In this musical context, their spirited, chantlike voices sound and feel revolutionary, further catalyzing the arrangement and enhancing its emotional resonance. PROFF deploys his extraordinary technical and musical gifts in the song's final act, in which the beautifully mixed sonic layers coalesce and completely enrapture the listener.