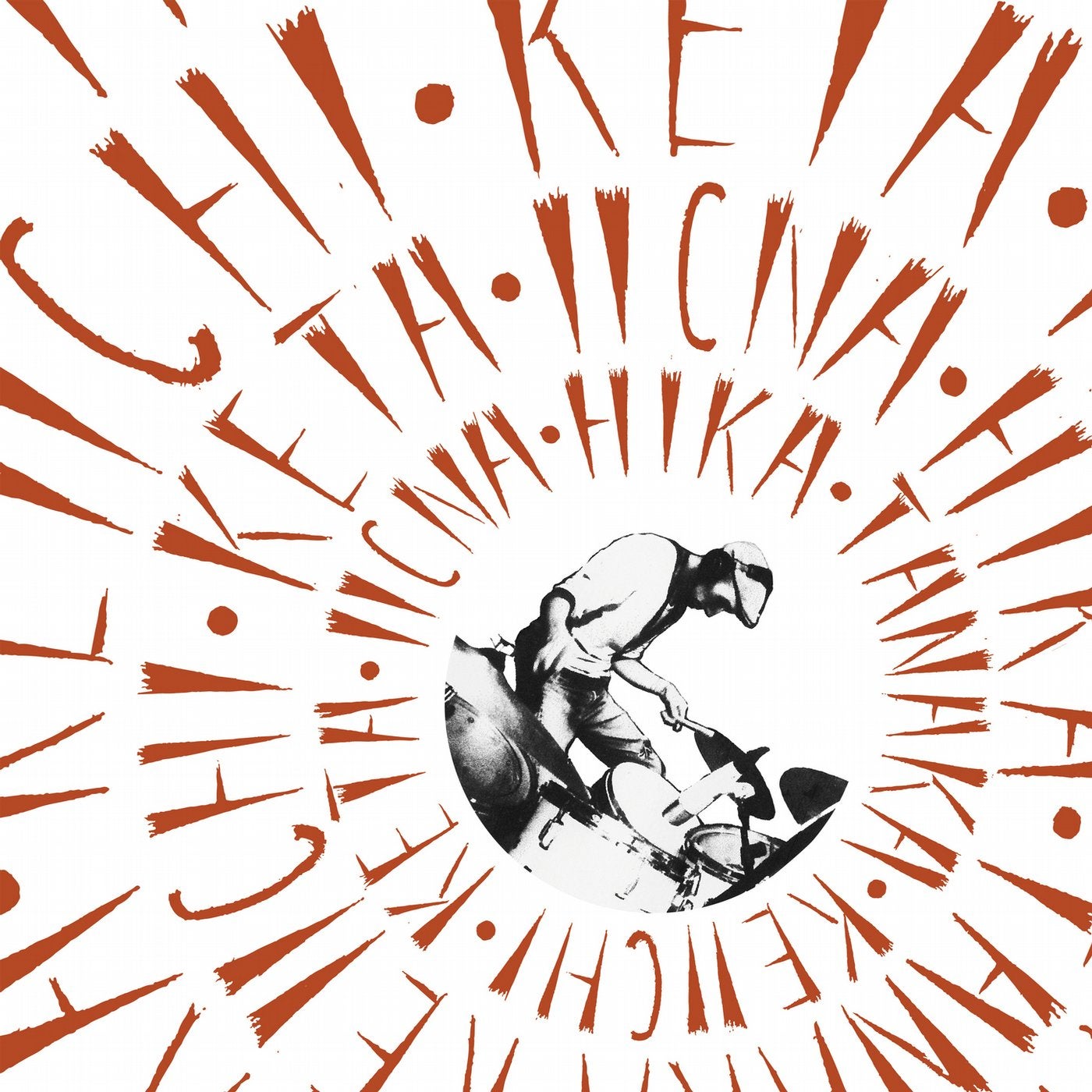 'It is a great album! It sounds like he had passed through my lessons.'' (Tony Allen)
''Although I did not think deeply about it but I felt that a certain time had come for me and I decided to produce my solo
album. It was 20 years since I first started playing drums and since then, out of all the brilliant artists who live in Japan that I
played with, I wanted to freely enlist players who I really wanted to create music with. The initial catalyst was my strong
yearning, wanting to know, what sort of creativity would result, if I produced my own album.''
This is what Keiichi Tanaka says about his intention in making this album.
In 2014, Japan's leading 8 piece Afrobeat band with a cast of characters, Kingdom Afrocks put a halt to their group activities.
For the past 8 years, firmly maintaining their steady & indispensable rhythmic core to this bands energetic live performance
and music, their drummer, Keiichi Tanaka became the first member of this group who will be releasing a solo album after
their split. He started working on his solo album entitled, KETA IICNA HIKA on October, 2014 and finished it at the
beginning of 2015.
Kingdom Afrocks were a band whose sound centered around Afrobeat and also implemented various musical styles such as
Jazz, Brazilian Music, Latin, Rock, etc. and cooked up their own distinctive musical style and also managed to release 3
albums. Their frenzied live performance encompassed the overground to Japanese club scene's prestigious stages such as Fuji
Rock Festival, Sunset Live, Gilles Peterson Presents Worldwide Showcase, Felabration Tokyo, Francois K.'s Deep Space which
earned them a great reputation in Japan.
In addition to Kingdom Afrocks' ex-colleague, Nao Ito, OKI of Oki Dub Ainu Band and several other artists who Keiichi has
recently performed with, he has also enlisted legendary Japanese Jazz piano master, renowned for the Japanese Jazz
masterpiece, Watarase, Fumio Itabashi who he wanted to previously collaborate with. Furthermore, Keiichi has enlisted many
African musicians living in Japan. So, along with conventional instruments, traditional African instruments such as a banjosounding
traditional string instrument popular in countries such as Mali and Guinea, N'goni, traditional Karafuto/ Ainu
instruments that OKI plays, Tonkori, and a bamboo mouth harp, Mukkur, are superbly intermingled in natural fashion. It is
as if Keiichi is trying to create a compelling, new style of music by collaborating with an assorted variety of different musicians
who play their unique instruments living in Japan. Furthermore, not just confined to Afrobeat, Keiichi also includes various
African music and traditions such as Benga from Kenya, a lullaby from Congo, inspiration from Somaliland and Mali.
Keiichi intermingles it with dub from OKI, traditional Japanese music such as his own roots music of Tenjinbayashi and
traditional Ainu sounds. Also, Keiichi undertakes a Jazz- flavored cover of Afrobeat founder, Fela Kuti who he deeply reveres.
As a result, Keiichi has created a deep and an unparalleled, melting pot like album that only he was able to produce. He
stubbornly insisted on recording each song ''live'' and as such performed with his collaborators mostly in one take.
Keiichi completed this album in 2015. The record was ready to go but tragedy struck and Keiichi was taken from us by a fatal
accident. KETA IICNA HIKA represents Keiichi`s musical vision, a culmination of all he had learned in this twenty years as a
drummer and musician. In tribute, his family and friends have worked determinedly since Keiichi`s death to ensure that his
music will reach audiences, not just in his native Japan but also across the globe.